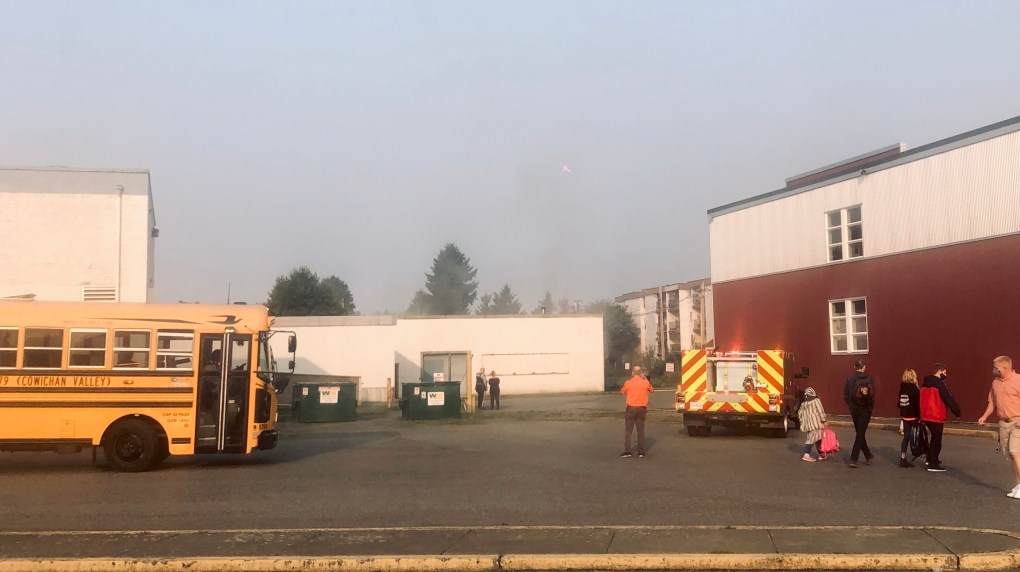 Police and a fire investigator have determined that the fire is suspicious in nature: (Luciono Michiele)

DUNCAN -- The North Cowichan/Duncan RCMP, along with a fire investigator from North Cowichan, say that a fire that broke out at a Duncan high school Wednesday morning is suspicious.

The fire took place at Cowichan Secondary School just before 9 a.m. inside an outbuilding on school grounds.

The flames were spotted by a staff member who entered the building and quickly contacted the fire department.

Fire crews from Duncan and North Cowichan arrived on scene shortly after and were able to contain the blaze to the one building, which is used by operations staff.

RCMP were also on scene alongside a fire investigator. Police say their investigation has found that the fire is suspicious in nature.

The Cowichan Valley School District says the school was not evacuated, however, students in several portable classrooms nearby were relocated for the day.

North Cowichan/Duncan RCMP are looking to speak with any witnesses who were in the area at the time of the fire and who may have seen suspicious activity.

Anyone with information is asked to contact North Cowichan/Duncan RCMP at 250-748-5522.