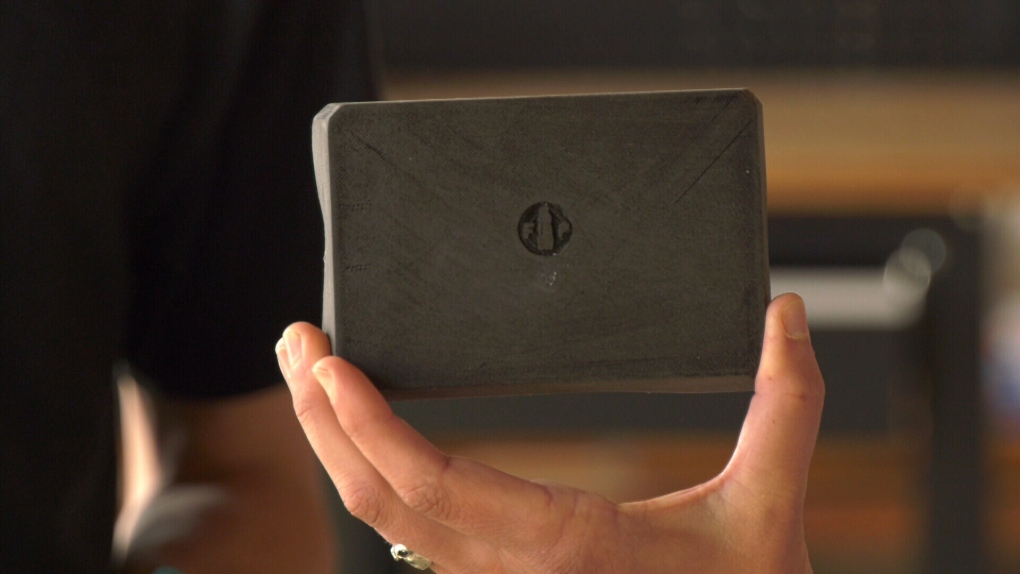 Once the plastic is shredded to the size of very small “flakes,” the product is put in a plastic extruder, where it is heated to 200 degrees Celsius before it is molded in to a new plastic soap dish.

Shipping used plastics off Vancouver Island to be recycled didn’t seem like a sustainable model for the founder of Victoria-based Flipside Plastics. The small start-up has secured $50,000 in funding under the new provincial initiative for an eight-month pilot project to turn used plastics into new products.

“The time, money and energy for the shipping back and forth (of plastic) doesn’t seem like it would support a healthy, sustainable community here on the Island,” said Flipside Plastics founder Laska Paré. “I thought, why can’t we cut some of those greenhouse gas emissions in half and create a product with the waste we have here.”

With funding from the province, the team at Flipside Plastics is picking up used, hard-to-recycle plastics from a few partner businesses, such as grocery stores, restaurants and hair salons. They then bring the material to the Vic West Flipside facility, where it is cleaned, sorted and shredded.

Once the plastic is shredded to the size of very small “flakes,” the product is put in a plastic extruder, where it is heated to 200 degrees Celsius before it is molded in to a new plastic soap dish.

“We’re looking to create a soap dish prototype given the demand we’ve received from the local businesses who filled out our intake form,” said Paré. “Its an everyday, simple product and we’ve seen an increase in demand and interest in this type of object.”

The province says the funding provided by the CleanBC Plastics Action Fund will encourage innovative technologies to turn used plastics into new products.

The province says by supporting a circular economy for plastics and increasing local processing capacity for recycling, the funded projects will replace or recycle over 20,000 tonnes of plastic per year.

“There isn’t a lot of very clear data on the types of plastics and what each business is dealing with,” said Paré. “The goal is to create more localized recycling, so by being able to open a localized recycling centre it will change how the system is currently run.”

“The grant is providing us funding so that we can run this pilot program,” said Paré. “What’s great about it is we’re doing something here that no one else is doing, so it really is a great investment in research and development.”