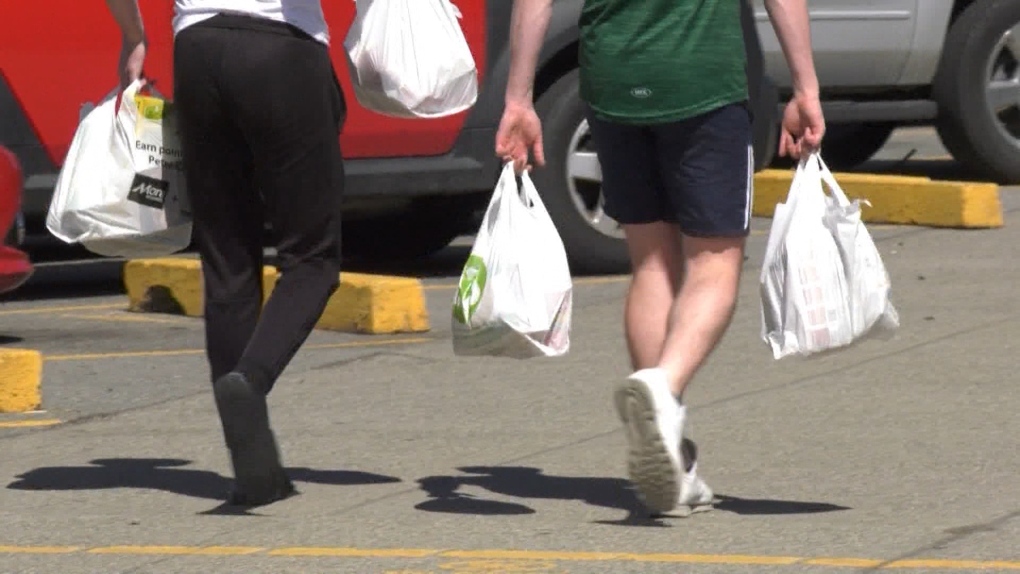 Nanaimo, Esquimalt, Surrey and Rossland have had their single-use plastic ban bylaws approved by the province. Each bylaw was uniquely designed for each community.

The four communities are joining five other B.C. municipalities that have already implemented plastic bans, including Victoria, Saanich, Tofino, Ucluelet and Richmond.

"Action on plastic pollution is critical to ensuring that our communities and environments remain healthy and safe," said Chloé Dubois, co-founder and president of the Ocean Legacy Foundation, in a release Friday.

"We applaud the leadership of this ministry and participating municipalities in implementing tailored community action plans on plastic management systems," she said.

In Nanaimo, all plastic checkout bags will be phased out and replaced by paper bags that are made of at least 40 per cent post-consumer recycled content. Reusable bags will also be available, but must be able to be used at least 100 times.

The province adds that it is currently developing regulatory groundwork to allow local governments to launch their own plastic bylaws without the need for B.C. approval.

"This is a day for us to recognize the progress we’ve made and commit to redoubling our efforts moving forward," said George Heyman, B.C.'s Minister of Environment, in a release Friday.

"Through our CleanBC Plastics Action Plan, we’re reducing plastic use overall, expanding our deposit-refund system, calling on manufacturers to take more responsibility for their products’ end of life, developing better ways to recycle plastics into new products and implementing bans on single-use plastics," he said.