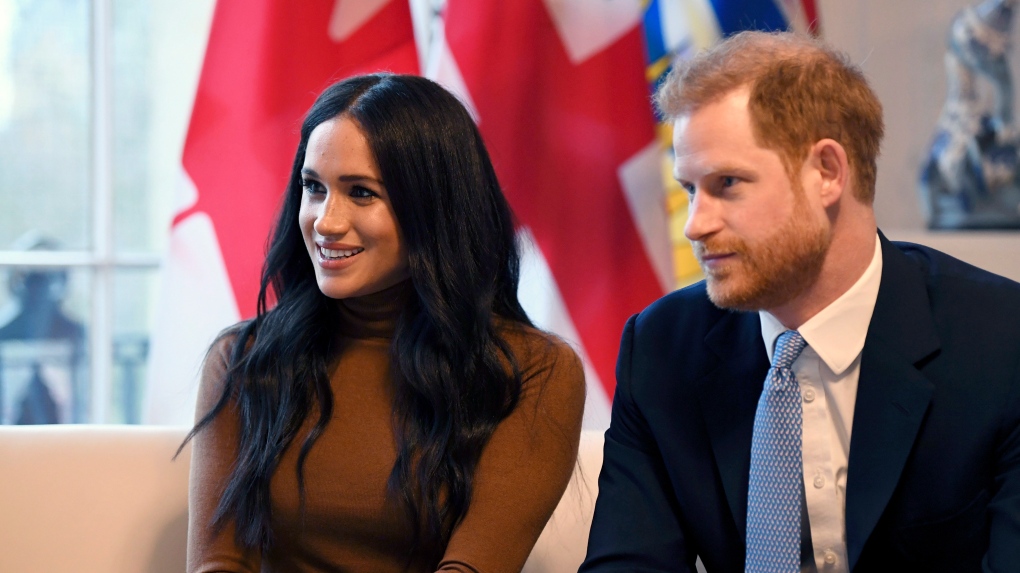 In this Tuesday, Jan. 7, 2020 file photo, Prince Harry and Meghan, Duchess of Sussex smile during their visit to Canada House, in London. (Daniel Leal-Olivas/Pool Photo via AP)

VICTORIA -- A Canadian taxpayers advocacy group says the federal government spent more than $50,000 on RCMP overtime and logistics costs to provide security for Prince Harry and Meghan Markle during their stay in Canada early this year.

The Canadian Taxpayers Federation obtained internal RCMP documents showing the Mounties spent $56,384 to protect the Duke and Duchess of Sussex between November 18, 2019 and January 22, 2020.

The couple spent several weeks in Canada before and after the Christmas holidays, including an extended stay at a home in North Saanich.

On New Year's Day, Markle helped a Victoria couple take a picture while the royal couple was out for a hike. Prince Harry and Meghan were also seen by several residents hiking in a North Saanich park.

In January, the couple shocked many with the abrupt announcement that they wanted to step back from royal duties and become financially independent.

During the couple's stay, the Canadian Taxpayers Federation circulated a petition calling on Prime Minister Justin Trudeau to ensure the federal government would not cover the costs of Harry and Meghan's security.

In February, the Ministry of Public Safety confirmed to CTV News the RCMP had been providing security for the Duke and Duchess in Canada since November.

“For months, the Trudeau government refused to even acknowledge Canadian taxpayers were on the hook for Harry and Meghan’s security costs,” said Canadian Taxpayers Federation director Aaron Wudrick in a statement Monday.

The security arrangement ended when the couple officially stepped back from most royal activities at the end of March.

In 2016, the RCMP spent approximately $2 million on a royal visit from Prince William and the Duchess of Cambridge and their children.