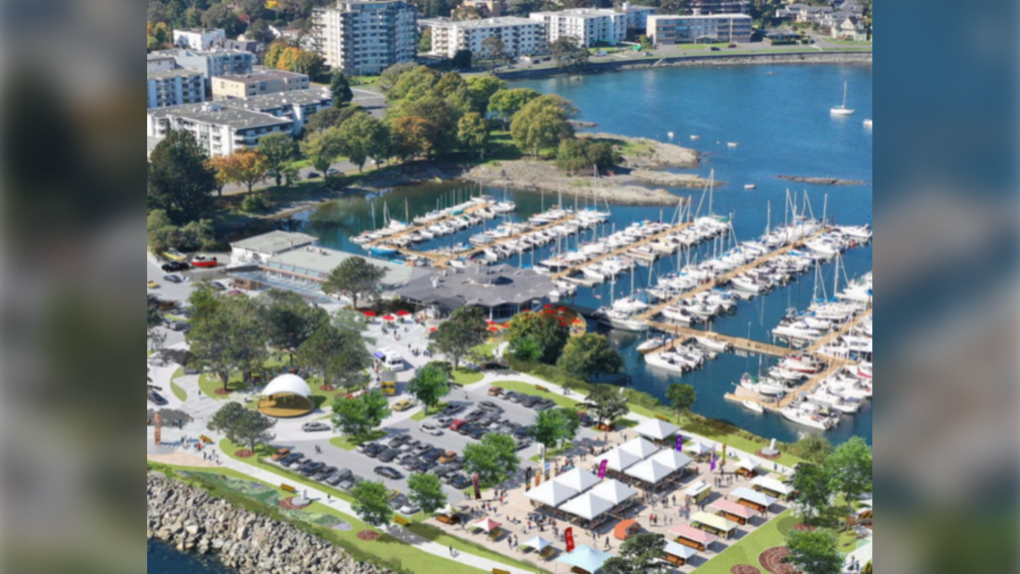 An artist's rendering of a redevelopment proposal at the site of the Oak Bay Marina is shown: (District of Oak Bay)

VICTORIA -- The District of Oak Bay is asking for the public’s input on a new look for the lands occupied by the Oak Bay Marina and the Turkey Head walkway.

The lease agreement between the municipality and the province on the property is set to expire at the end of December 2022. In 2020, Oak Bay requested proposals to redevelop the lands on Beach Drive for the next lease term.

Since the Nov. 30 2020 deadline for proposals ended, the district has narrowed it down to two choices. It is now looking for the public’s feedback on the development proposals.

“We’re going to take all of that feedback and rank those as council,” said Oak Bay Mayor Kevin Murdoch. “The technical response and the community amenity response will all play into the final selection.”

Both proposals would see the renovation of the existing buildings, which house the Oak Bay Marine Group offices in addition to restaurants, the marina office and boat repair facilities. There are also provisions for the addition of more buildings within the two separate proposals.

“After the breakwater was built in 1959 there was a proposal to build this into something more than just a few docks,” said Murdoch. “It went out for lease 30 years ago. Here we are at the end of the lease again so we’re asking the broader community, what can we do with the space?”

Another similarity of the two proposals is the re-drawing of the site’s parking area to enhance the green space on the Turkey Head walkway. One proposal would see the addition of a bandshell in partnership with the Rotary Club.

“This space is really well used in the summertime, but it is also available to us all year-round,” said Murdoch. “We’re hoping through this process we’re going to see this whole area activated in ways that we haven’t thought of before.”

There are two ways people can provide input. An online questionnaire is available on the District of Oak Bay website until March 2 or at council’s committee of the whole meeting on March 2.

“How do we make the space a year-round destination for people throughout the region?” said Murdoch. “What we’re looking for from these proposals is, how do we achieve that in the open areas and the more sheltered areas.”

With a focus on making the area usable for non-boaters while continuing to serve the boating community, the proposals also include infrastructure for cycling and paddle sports.