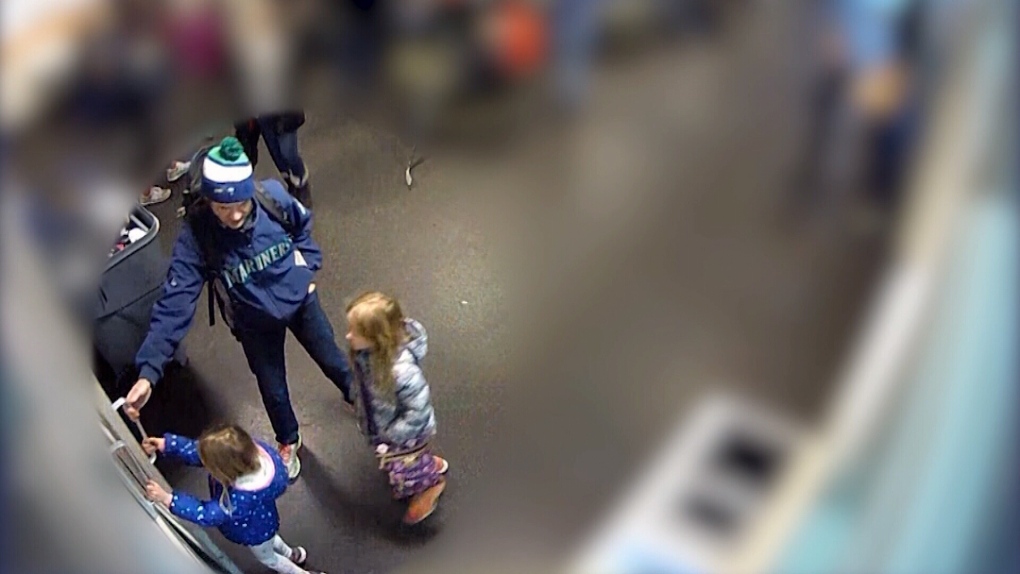 Andrew Berry and his daughters at the Oak Bay Rec Centre on Christmas Eve, 2017. (BC Supreme Court)

A Crown attorney has questioned why an Oak Bay father didn't deny killing his two daughters during his first conversation with his sister after the girls' death.

On Wednesday, Crown lawyer Patrick Weir asked Andrew Berry at his BC Supreme Court trial about a note he exchanged with his sister when he was in hospital following the alleged attack.

The trial has heard that Berry had stab wounds to his throat and chest and because he couldn't talk, he exchanged notes with his sister, and she wrote that it would be the last time Berry would see her and she asked whether there was something she needed to know.

Berry replied in a note, “I love you. I'm sorry,” and he told Weir at the trial that he didn't know what he was apologizing for.

Berry has pleaded not guilty to second-degree murder in the stabbing deaths of six-year-old Chloe Berry and four-year-old Aubrey Berry in his home in Oak Bay on Christmas Day 2017.

Berry was back on the stand for his seventh day of testimony Thursday, the fifth day of his cross-examination.

On Thursday, Crown counsel Patrick Weir continued his line of questioning about Berry’s dire financial state in the weeks leading up to his daughters murders.

Berry confirmed that he had asked his sister on December 8, 2017 to buy him a lottery ticket for that night’s draw, as an early Christmas gift. Weir suggested the request was a last ditch effort to “make it big” and cover his debts. Berry denied the suggestion.

Berry confirmed that he had no job, his hydro was cut off to his place and he had mounting debts.

He also confirmed that he had very little food in his apartment, just citing potatoes and crackers, and that his fridge was not working because he had no hydro.

He later said the only fresh food he had was cauliflower and that they were eating out a lot.

Crown counsel put to him that he had been warned by his sister that he would lose custody of his girls as a consequence of having no hydro and not enough money to care for them.

Berry acknowledged that he thought he knew that was looming as a potential consequence of his hydro being shut off.