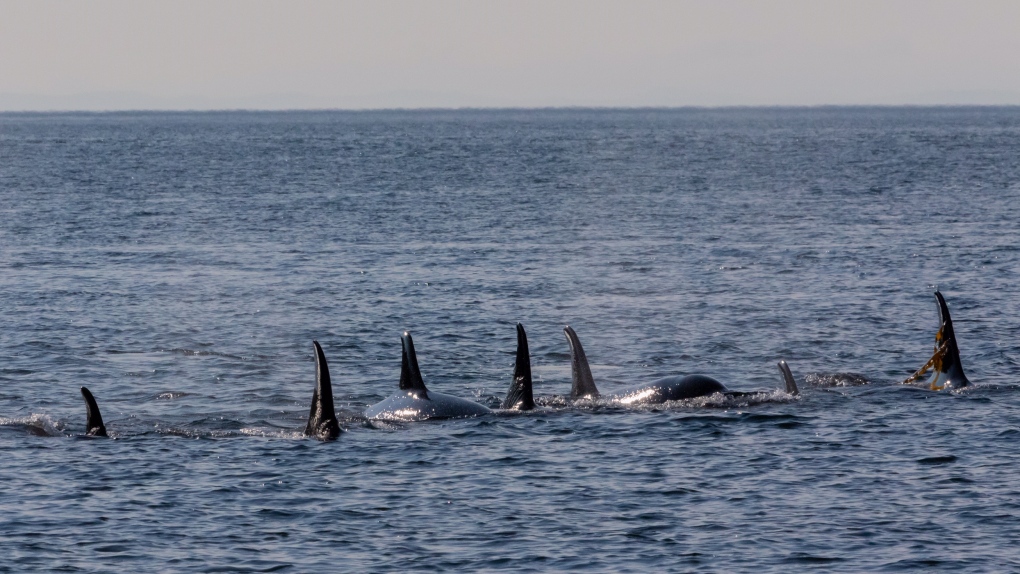 Some northern resident killer whales have returned to the waters off northern Vancouver Island for the first time this year.

One of those spotted was A73, a female also known as Springer. In 2002, she was successfully re-integrated into her pod after being found emaciated hundreds of miles from her family.

She was captured, treated medically and brought back to her traditional territory, becoming the only whale in human history to be successfully re-integrated into a wild population.

Eco-tourism travellers were recently surprised to see the orcas feeding on salmon.

“It was a sight to behold,” said Scott Turton, captain of a Prince of Whales tour boat.

“We shut down the engines, put down the hydrophone and listened to their vocalization. It was magical. I don’t think there was a dry eye on board.”

Turton took pictures of a dozen resident orcas, including Springer and her two calves.

The timing of the return of the whales is normal, according to researcher Paul Spong of OrcaLab.

“This is the beginning of the summer salmon runs so that’s why the northern resident orcas have returned,” said Spong.

“The recent rains have been really welcome, particularly for the rivers which is where the salmon are headed.”

Unlike the southern resident orcas, which only number 76, the northern residents have more than 300 in their pods. Their territory ranges from southern Alaska to southern Washington state.

Researchers believe they will stay in the Johnstone Strait area until late September.