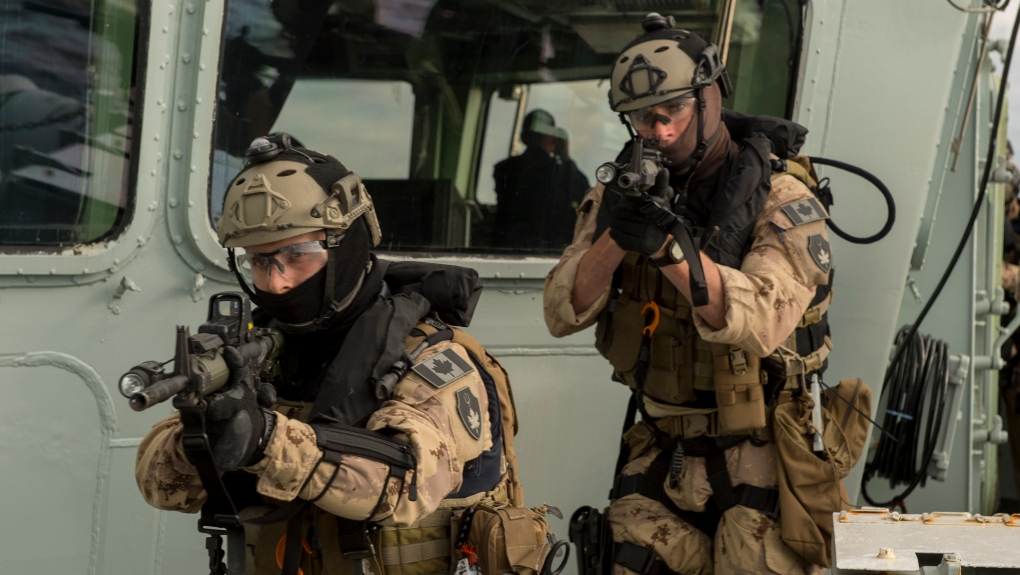 The Royal Canadian Navy’s elite tactical unit will soon take possession of a new simulated combat facility at CFB Esquimalt, as the ranks of Canada’s specialized maritime commandos are poised to swell.

The newly coined Naval Tactical Operations Group (NTOG) is a dedicated unit of 54 members who specialize in clandestine ship-boarding, hand-to-hand combat and tactical shooting for counter-terrorism, anti-trafficking and anti-piracy missions around the world.

NTOG teams are deployed twice a year on six-month tours, most recently in the Southern Mediterranean, the Gulf of Guinea and the Horn of Africa.

“We’re expecting to grow up to a maximum size of about 104 personnel,” says NTOG commander Lt.-Cmdr Wil Lund. He anticipates hitting that target by 2025.

In the meantime, the unit, headquartered at CFB Esquimalt’s Albert Head grounds, is awaiting delivery on a 2,000-square-foot, purpose-built structure designed to mimic the cramped interiors of hostile foreign vessels.

The new simulated battlespace, known officially as the Close Quarters Battlehouse (CQB), will be a single-storey layout comprised of 10 or more interior spaces, with walls and doors that are resistant to damage from smoke, gas and water, and can withstand sustained strikes from non-lethal munitions.

The Department of National Defence awarded the contract to build and install the modular battlespace on Feb. 25 to Alberta-based Strategic Operations Tactical Training Canada.

The battlehouse was due to arrive by the end of the month, but delays have now pushed the date back to mid-May.

“The company asked for an extension,” Lund says.

While the new battlehouse is expected to last a minimum of three years, CFB Esquimalt is hoping to eventually expand the structure into a dedicated multi-storey facility complete with stairs, ladders, a mezzanine and overhead catwalks for vertical assaults and training observation.

“The number of NTOG personnel and operational taskings are projected to rise over the next five-six years, as is the volume of training courses and exercises required to train personnel to meet readiness standards,” says the Navy’s request for proposals on the project.

“This will result in more frequent use of the CQB system prior to a dedicated and purpose-built facility being constructed.”

The Navy’s tactical operators currently train for real-world combat scenarios inside the Navy’s own ships and inside a small plywood structure built with off-the-shelf materials from the hardware store.

The tear-down structure is frequently erected inside the base’s Albert Head Drill Hall and is stored outside where it’s subjected to the damp West Coast weather.

“It’s all hinged plywood doors and it’s all put together with screws and drills,” says Lund. “It takes approximately 10 personnel about 48 hours to 72 hours to actually put it all together.”

According to the tender notice, the existing plywood structure is at risk of becoming “progressively unsafe and unusable,” a situation that is “expected to significantly accelerate with the higher frequency of projected FG [force generation] activities” by the growing unit.

“For us, with the uniqueness of the vessel board, search and seizure operations that we do, you have got to operate in a 360-degree environment with ladders and multi-deck structures like engine rooms where you actually have to get into a very complex space,” Lund says.

The new structure represents a “generational leap forward” for the unit’s ability to train, he says.

“We have to reconfigure it at least weekly so that they have a different layout,” he says, adding that the new clip-together unit will cut the set-up time down to a day or less and require only four personnel to do it.

“Ideally, we’d like to go to a multi-level close-quarters battlehouse,” he says. “But that will take time.”