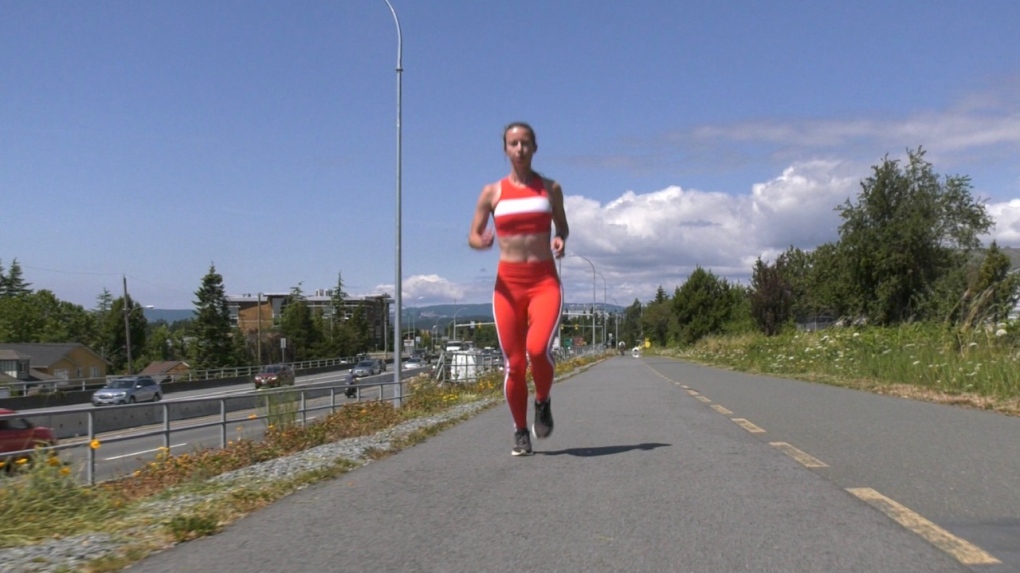 VANCOUVER -- After running more than 1,200 kilometres on the Galloping Goose Trail so far this May, a Victoria marathoner has almost completed her goal of running 30 marathons in 30 days; but her fundraising goal still has some distance to go.

Yana Hempler was running with two friends by her side Friday on her 28th marathon day and said she was feeling awesome.

The marathoner is attempting to raise $500,000 for the Victoria Hospitals Foundation and – in her way – honour those she calls our health-care heroes.

It was those heroes that provided care for a dear friend of Hempler’s back in 2019. He was critically ill, suffering from a rare blood condition. Today, he is alive and doing well thanks to the care he received while in hospital.

Inspired by their hard work and dedication to helping people get better, Hempler wanted to say “thank you” by raising money for the Victoria Hospitals Foundation.

Last year, the fundraising marathoner ran 12 marathons in 12 days for the same cause; and tacked on a 13th marathon after exceeding her fundraising goal as she promised she would do.

It’s something she’s willing to do again if she reaches the half million dollar mark.

“I set that goal knowing full well that it will be a really difficult one to reach and I said if we do hit it by noon, Sunday, that I would do number 31,” said Hempler Friday “Right now, we are at $70,000, so I’ve got a long ways to go if people want to make me run on day 31.”

An offline donation of $25,000 towards the first round of marathons came in from Dennis Hoy after he saw her on the news. Incredibly humbled and grateful for his generosity, Hempler wanted to honour him by repeating the marathon series again this year.

“It’s a very important job our hospital workers are doing and we want to recognize that, and we want to honour their commitment and sacrifice to saving people’s lives,” says Hempler.

She began her final run along the Goose around 6 a.m. Sunday and hopes to finish between 10 and 10:30 a.m. at the Tecnet Canada building on the corner of Seymour Place and Cloverdale Avenue.

There are plans for a wrap up finale and potentially some cheque donations that will get her that much closer to her goal and celebrate the increasable feat of running 1,266 kilometres in 30 days.