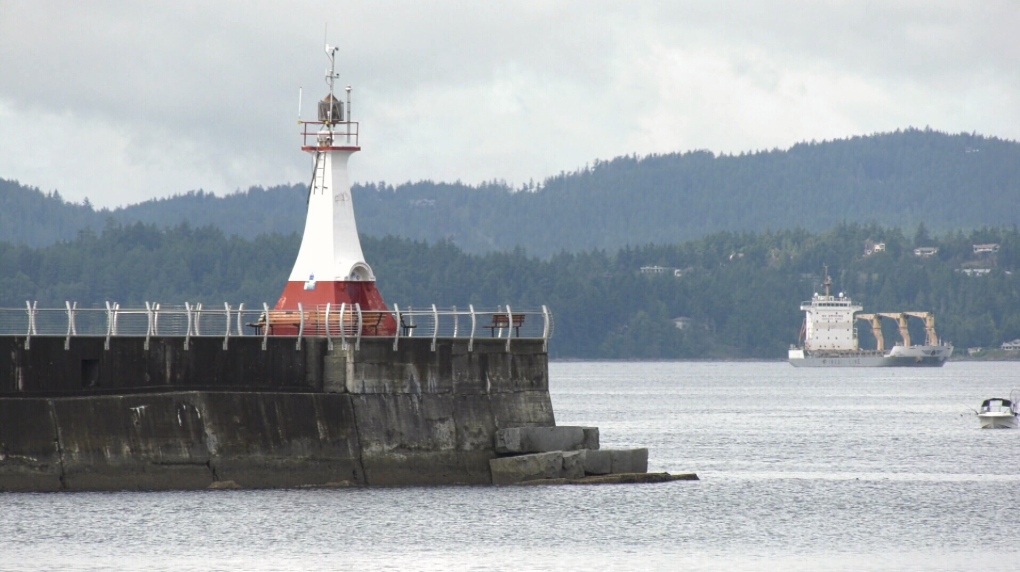 Susan Simmons says if the Crystal Pool replacement project doesn’t get done and if you want to go swimming in the city of Victoria, the ocean is going to be your only option. (CTV Vancouver island)

VICTORIA – A Victoria ultra-marathon swimmer, concerned about how the replacement project for the Crystal Pool is proceeding, is challenging Victoria’s mayor and council to take the plunge into the ocean with her on Dec. 1.

Susan Simmons has multiple sclerosis (MS) and uses the pool to coach Special Olympics athletes, train for her own swims and manage her illness. She is concerned that the pool will never get built.

"I'm watching them go on and on, spending a bunch of money to ask the same questions over and over again and at some point I have to wonder, why do you keep asking these same questions?” said Simmons. “Is this a delay tactic, which is what it appears to be to me at this point?”

Simmons said the existing pool facility could break down at any point and that’s why she feels a new facility needs to be built.

“Every day the pool is not built we are at risk,” said Simmons.

The City of Victoria has been talking about a pool replacement since 2011. In that time there has been many different iterations of what it should or shouldn’t be. Simmons, who attended an Oct. 17 Committee Of The Whole meeting says she was shocked to hear the mention of a 25-metre tank, is back on the table.

“It’s simply not big enough,” said Simmons. “You just can’t fit everybody in there and it takes away from the variety of programs you can offer. If you’ve got the 50-metre tank you can run four or five programs at the same time.”

Simmons calls the planned Dec. 1 swim "not a polar bear" dip. She says when people go to a public pool for a swim, they are in the water for an average of an hour. That’s how long this swim will be and that’s one cold hour. The water will be around eight degrees Celsius and the air temperature will be comparable.

Simmons is sending out the challenge to prove a point. If the Crystal Pool replacement project doesn’t get done and if you want to go swimming in the city of Victoria, the ocean is going to be your only option.

Simmons says so far, Coun. Jeremy Loveday is the only councillor who has committed to attending the event through a Facebook post, although she is not sure if he is intending on jumping in the water or just watching the event from the shore.

CTV News put the question to Mayor Lisa Helps and she said our question was the first time she had heard of the challenge.