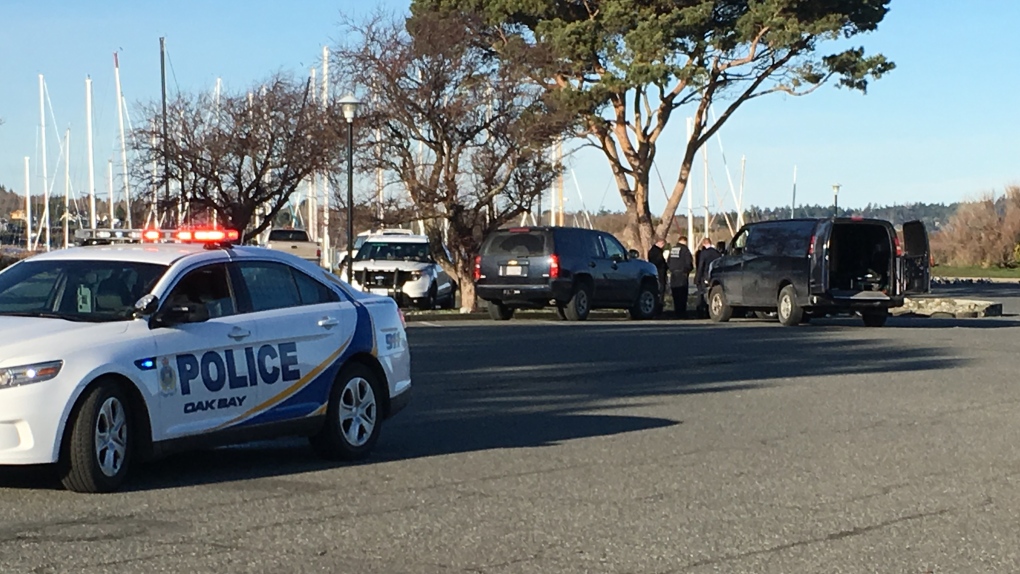 Police respond after a man was found dead in the parking lot of the Oak Bay Marina Wednesday, Feb. 6, 2019. (CTV Vancouver Island)

Police are investigating after a man in his mid-40s died in the parking lot of the Oak Bay Marina Wednesday.

Investigators were called to the lot at 12:30 p.m. for a report of a possible death.

Officers, paramedics and firefighters attempted to provide CPR and other life-saving measures to save the man, but he was pronounced dead.

He said if they conclude that the man didn't meet with foul play, the BC Coroner's Service will assume the investigation.