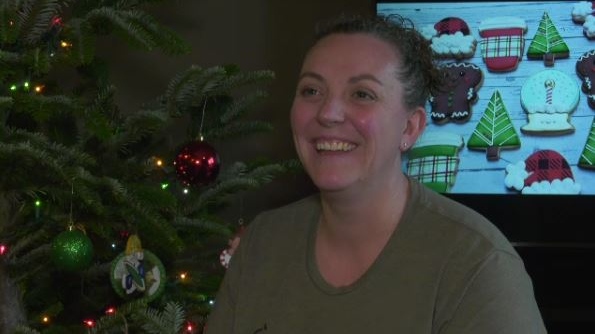 Langford baker Heather Charlton says she was first approached by Hallmark about her cookies this summer: (CTV News)

Langford woman Heather Charlton, who operates Custom Cookies by Heather, says she was approached by a Hallmark representative to have her homemade cookies featured in two Christmas movies, The Christmas House and Christmas She Wrote.

Charlton says she bakes and decorates all of her cookies at home and that her business has grown from humble beginnings.

"It’s funny how it started," she told CTV News on Christmas Eve. "I was making Christmas cookies, because everybody does that at Christmas, and my husband started getting mad that there were so many cookies in the house."

"He said we were starting to get fat so I needed to either stop baking or I needed to get them out of the house," she said with a laugh. "So the solution was, if I wanted to keep on baking, was (to see) if people wanted them." 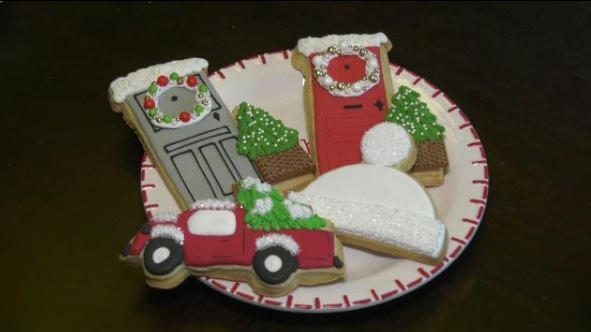 Charlton says she first gave cookies away to teachers and other students at her son’s preschool for free.

"It kind of spread from there," she said.

The baker says that friends, and then friends of friends, started requesting cookies for every holiday and occasion.

Then, while Charlton and her family were on vacation this summer, she was contacted by Hallmark through social media and asked if she wanted to participate in holiday movies that were being filmed in Victoria this year.

"So, we had a couple of discussions and I got to baking," she said.

Charlton says that all of her business comes from word-of-mouth and that she’s never advertised her baking or hosted a website. She hopes that the Hallmark movies will help draw attention to her decorative cookies.

"I’m a stay-at-home mom with two busy little ones and I do this at night when they sleep, so sometimes it’s some later hours for myself," she said. "But I’m still managing to get stuff out that I feel very proud of."