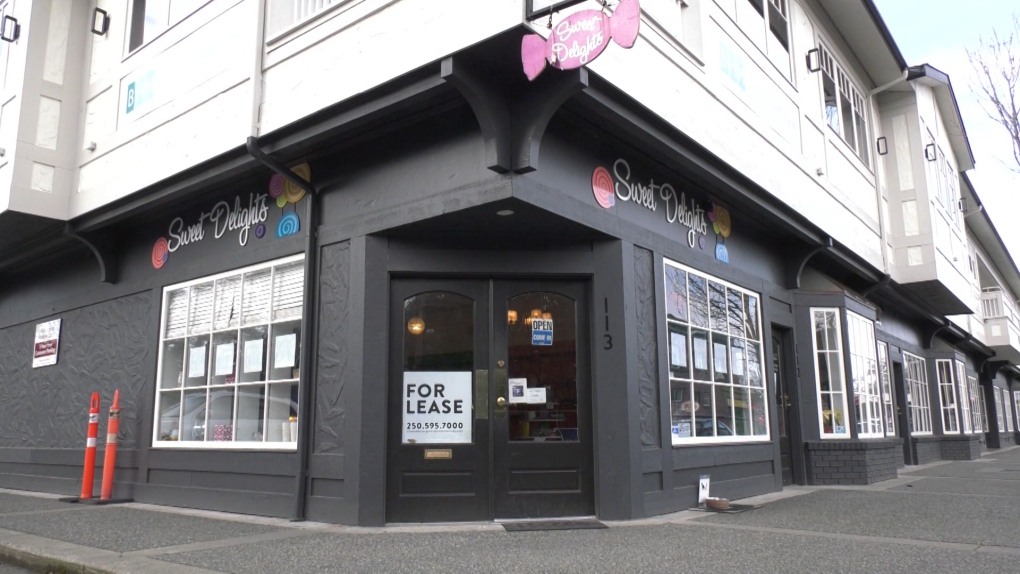 After 11 years offering hard-to-find treats in Greater Victoria, Sweet Delights announced earlier this month that it will soon be closing its doors permanently. (CTV)

VANCOUVER -- A boutique candy store in Oak Bay had some bittersweet news for its customers this week.

After 11 years offering hard-to-find treats in Greater Victoria, Sweet Delights announced earlier this month that it will soon be closing its doors permanently.

The owners - husband and wife duo Barbara and Ken Marquardt - say they are closing up shop to embark on a new delight: Travelling the island together.

"We've been on the Island for 12 years," Barbara Marquardt told CTV News Vancouver Island on Sunday. "We've never been to Sooke or Shawnigan Lake or Witty's Lagoon that people tell us about. So, it's our turn to kind of explore … We're going to put a tent in the back of the RAV and just see what we can see. We've had a lot of customers tell us all sorts of wonderful places to visit."

The announcement has been met with well-wishes, as well as some disappointed customers, who say they'll miss the shop's unique offerings.

"It's disappointing," said Charles Bowles, whose family lives within walking distance of the store. "We'll have to find a whole new candy shop now."

Bowles said he loves Sweet Delights not just because it's close by, but because it specializes in candy he remembers from childhood, which he enjoys sharing with his own children.

Marquardt said capturing that nostalgic feeling was part of the couple's goal when they opened the shop.

"One of the things we wanted is to bring back memories," she said.

Since the news of the closure became public, candy has been flying off the shelves, Marquardt said.

"We had a huge amount of stuff and we looked at it and we thought, 'We're going to be having this left on our shelves,' and just the opposite happened," she said. "We're basically down to nothing, so we'll probably close this Friday, as opposed to the end of the month."

Though the Marquardt family is retiring from the candy business, Barbara said she's thankful for all the support the store has received over the years and hopeful that the community will continue to support small, independent, local businesses in the future.