And as Victoria, B.C.’s newest beauty queen, she’s rising above the gawkers to inspire other vertically blessed women to stand proud.

She’s been towering over others since high school, and says it wasn’t until she was 19 that she joined the Vancouver chapter of Tall Clubs International, the pageant’s umbrella organization.

“I grew a lot as a teenager, so I was usually the tallest girl and taller than most of the guys,” says Bath. “It’s something you have to get used to, for sure.”

Being able to see others at eye level was an empowering experience, and Bath was eventually nominated by her club to participate in the 2016 pageant.

“It’s a great opportunity to make friends and network with other tall women. It’s a great support system,” she says.

Much like a beauty pageant, contestants in the event are judged on intelligence, talent and finesse – and must meet a 5’10” height requirement.

After competing against women from Canada and the United States, Bath was crowned the winner.

“It was a very exciting moment,” she recalls. “It’s quite an honour to represent the club.” 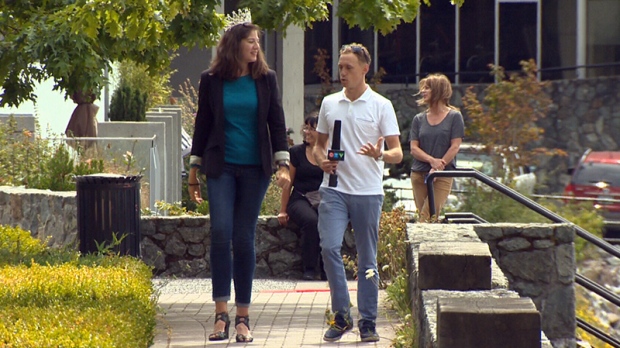 Outside of the pageant world, there are everyday irritations Bath must deal with that most take for granted.

For one thing: No, she doesn’t play basketball, and never has.

Being stopped by strangers several times a day for pictures is also a common occurrence, but it doesn’t bother Bath one bit.

“I choose to take it in a positive light. It’s really led to a lot of neat opportunities. I think I’ve engaged with a lot of people who I wouldn’t have talked to or met if I wasn’t the height that I am,” she says.

Other shortfalls include difficulty getting into some vehicles, and having to custom order clothes that she can’t find anywhere on Vancouver Island.

But Bath says ascending to the crown has given her voice new heights – and she’s ready to use it.

“I would say to girls and women who are tall or above average that aren’t necessarily comfortable with their height that it’s really important to stand tall,” she says. “The world is going to look at you, so be beautiful and give them something to look at.”

As winner of Miss Tall International, Bath will represent all of the Tall clubs on a global scale for the next year, visiting member clubs in different provinces and states and appearing at various events, according to the organization.