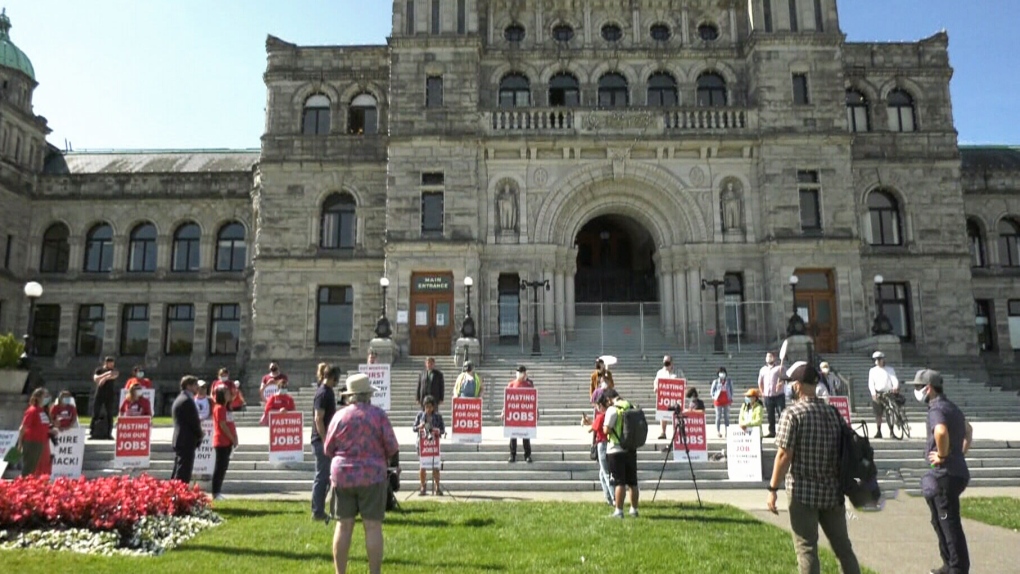 Hotel workers are seen protesting outside of the B.C. legislature in Victoria: (CTV News)

VICTORIA -- Hotel workers in B.C. are continuing to hold a hunger strike on the steps of the B.C. legislature in an effort to get the provincial government to guarantee job protection for the industry.

The hunger strike began 10 days ago on Aug. 10. A union that represents B.C. hotel workers, Unite Here Local 40, says that as many as 50,000 people in B.C. have lost their jobs in the hotel industry due to the COVID-19 pandemic.

Many worry that they will never get their jobs back and that their former positions will be filled by new, cheaper workers.

At the beginning of August, the B.C. government appointed a lawyer to review layoff and recall rights of unionized hotel workers. That review is expected to be released on Thursday.

While that review is underway, fasting hotel workers at the legislature say they will be holding a march and rally on Wednesday, beginning at noon.

Last month, the Tourism Industry Association of British Columbia called for a $680-million bailout package for the tourism industry.

The province is still considering the request.