Homeless people complain they are cut off in park, want B.C. to take action 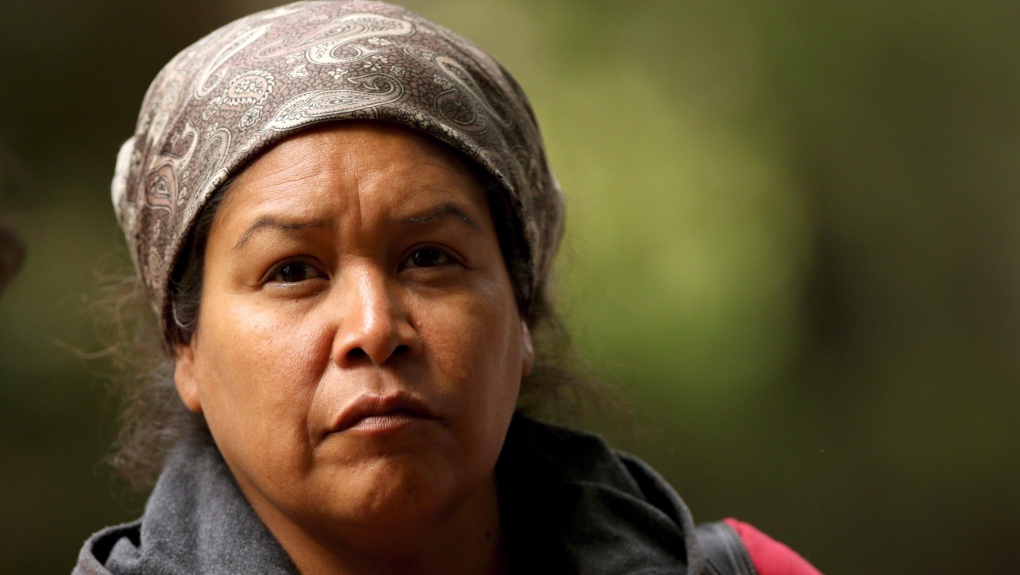 Tent City founder and homeless advocate Chrissy Brett looks on as residents were granted a 24-hour extension by BC Parks to remain at Goldstream Campground in Langford, B.C., on Thurs., Sept, 20, 2018.

LANGFORD, B.C. - A homeless woman living at a Vancouver Island campground with nearly three dozen others says vulnerable people aren't getting support from their families because officials have locked the gates to the public.

Chrissy Brett is one of 34 people who moved a week ago to Goldstream Provincial Park in Langford after being ousted from another park in nearby Saanich following a successful court injunction by that city.

Brett, 43, said Tuesday that a pastor who tried to take two disabled people to their regular church service was barred from entering on the weekend. Homeless people must sign in and out of the park, she said.

Couples, seniors on pensions and young people who are underemployed are among those living in the park and they're counting on each other for support, Brett said.

Officials have said the park gates were closed due to safety concerns but Brett said that has created unfounded fears among neighbours who haven't had a chance to get to know them.

Brett said she was renting a home with her two sons, aged 13 and 14, but they were forced to move when the landlord took over the property in the summer of 2017. They lived with family until finding a place that fall but lost the home when she was cut off social services, she said.

“Now that we're locked down they're not allowed in,” she said of her sons, who are living with relatives.

Brett said she was among about 115 homeless people who camped for six months at the park in Saanich. From there, the group camped near a ravine for four days before ending up at Goldstream Provincial Park, near Victoria.

Many of the homeless people she originally lived with ended up on the street and are in and out of shelters, Brett said.

She wants Langford Mayor Stewart Young to meet with people living at the park and help them find interim accommodation before modular housing promised by the province is available years from now.

“I would just encourage, not just the mayor, but the premier and the ministers to come to the table and actually talk about creating short-term and long-term solutions for people. I mean, they've closed down an entire park.”

The Housing Ministry said Housing Minister Selina Robinson and Mental Health and Addictions Minister Judy Darcy had a productive conversation with Young about supports being provided to campers.

Outreach service workers have access to the park, as do staff from BC Housing, the Ministry of Social Development and Poverty Reduction and affordable housing charity Pacifica Housing, which has brought in food, the ministry said in a statement.

It said that in the short term, 25 shelter spaces are being opened on Oct. 1 at the Victoria Native Friendship Centre.

Ashley Mollison of the Alliance Against Displacement said her group has met regularly with those living in the park but is no longer allowed to see them.

“Before people moved to this campground we were running volunteer support and getting people meals. We've had a lot of people show up to cook meals, including family members, and they've all been turned away at the gate. The park rangers will take the food in to people.”

She said the offer of shelters are not a viable living option because people are required to sleep on a mat and pack up their belongings every morning.

Mollison said tent cities are shedding a light on the housing crisis.

“This the tip of the iceberg. What you see in tent cities are the visible homeless and so many more people are sleeping on couches, living in cars, sleeping in overcrowded dwellings and just on the brink of homelessness.”