Harry and Meghan can 'let their hair down' in Canada, says Monarchist League 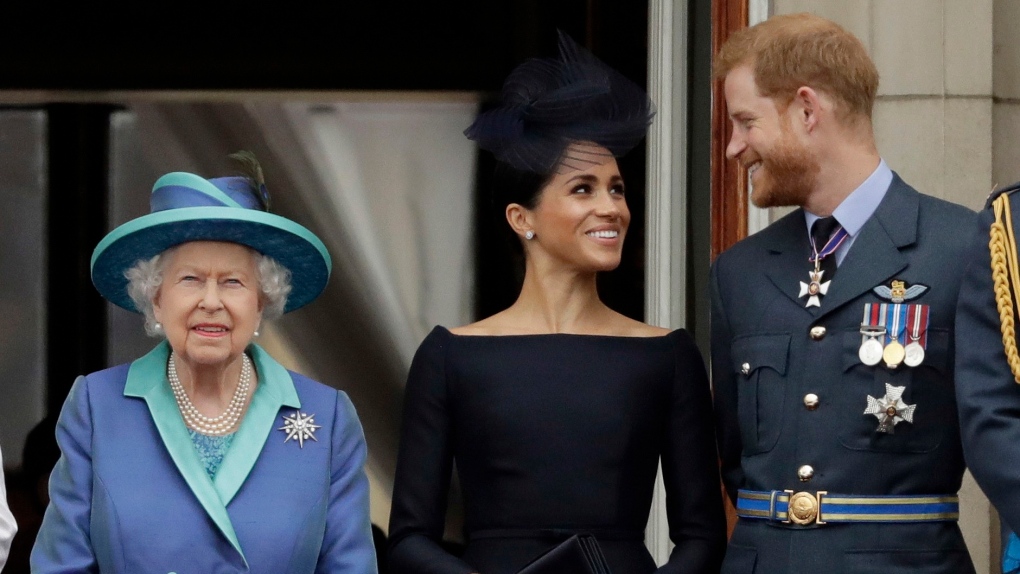 Britain's Queen Elizabeth II, and Meghan the Duchess of Sussex and Prince Harry watch a flypast of Royal Air Force aircraft pass over Buckingham Palace in London on Tuesday, July 10, 2018. Queen agrees to let Harry and Meghan move part-time to Canada after 'constructive' royal summit. She says she would have preferred Harry and Meghan to remain full-time royals but respects wish for an independent life. THE CANADIAN PRESS/AP, Matt Dunham

VICTORIA -- A Canadian monarchist says Prince Harry and Meghan's part-time move to Canada marks the first time in recent history that the royals will maintain a regular presence in the country.

Queen Elizabeth II granted her seal of approval in a statement Monday to the plan that will see the Duke and Duchess of Sussex split their time between Canada and the U.K. during a “period of transition.”

The chairman of the Monarchist League of Canada says Canada is a natural fit for the young royals, allowing them to maintain their connection to the Crown while affording them the freedom to “let their hair down.”

Robert Finch says the move also brings the possibility that the couple's baby son Archie could “very well be Canadian,” with a local accent to boot.

Finch says he expects many Canadians will be excited to have some regal glamour close to home, but disgruntled taxpayers might take issue with the prospect of footing the bill for Harry and Meghan's security.

He says questions remain about what public role the couple will take on in Canada and the longevity of their stay.

The Prime Minister's Office refused to comment on the pending move, including potential costs to Canadians.

In order to become permanent legal residents of Canada, members of the Royal Family would have to apply through the normal immigration process, said Citizenship and Immigration spokesperson Beatrice Fenelon in a statement.

They're not required to seek authorization to stay as visitors, Fenelon said.

This report by The Canadian Press was first published Jan. 13, 2020.