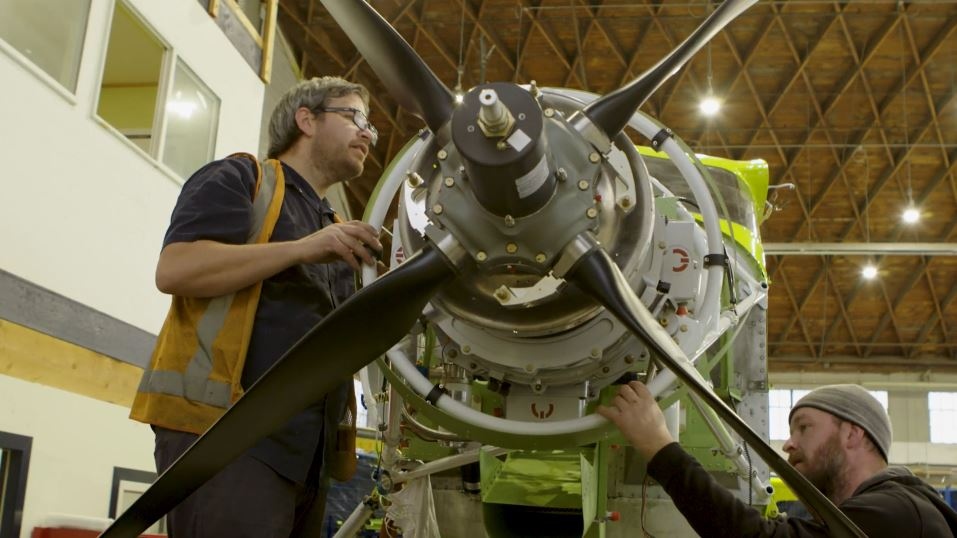 In March, Harbour Air announced that it would be converting all of its aircraft to all-electric vehicles: (Harbour Air)

In March, the airline announced that it would be converting all of its fleet to all-electric aircrafts over the span of the next several years and it appears their plans are coming to fruition.

The zero-emission e-planes are being developed by Harbour Air and Seattle-based electric aviation company, MagniX, which is providing the plane's one tonne batteries and 750-horsepower electric motors.

Months after the airline announced that it would be creating electric planes, Harbour Air is now preparing to launch its first test flight leaving from Richmond at 8:30 a.m. Tuesday.

The e-plane will be piloted by Harbour Air CEO Greg McDougall, who has been a keen supporter of the project since its inception.

"I'm going to be the test pilot," said McDougall in an announcement video Sunday. "I certainly plan to fly it."

"We're proud to be those people leading the process," added McDougall.

In March, MagniX CEO Roei Ganzarski told CTV News that while the electric motors may not be suited to longer flights, the equipment is perfect for the shorter routes that Harbour Air offers.

"The range is not an issue for them," said Ganzarski, "Today’s batteries can provide them exactly the range that they need to operate."

Meanwhile, Ganzarski said that in addition to being environmentally sustainable, the electric planes will prove to be less expensive than traditional gas-powered aircraft in the long run.

"If you look at a five-year lifecycle of operating a traditional gas engine, together with all the significant maintenance that’s required for that kind of engine because they’re so complex, and all of the fuel that’s burned, it is significantly cheaper to convert and operate an electric aircraft," Ganzarski said.

"When this thing flies, it will be the first time on earth that this happens," said Ganzarski in Sunday's announcement. "How can you not be excited about that?"