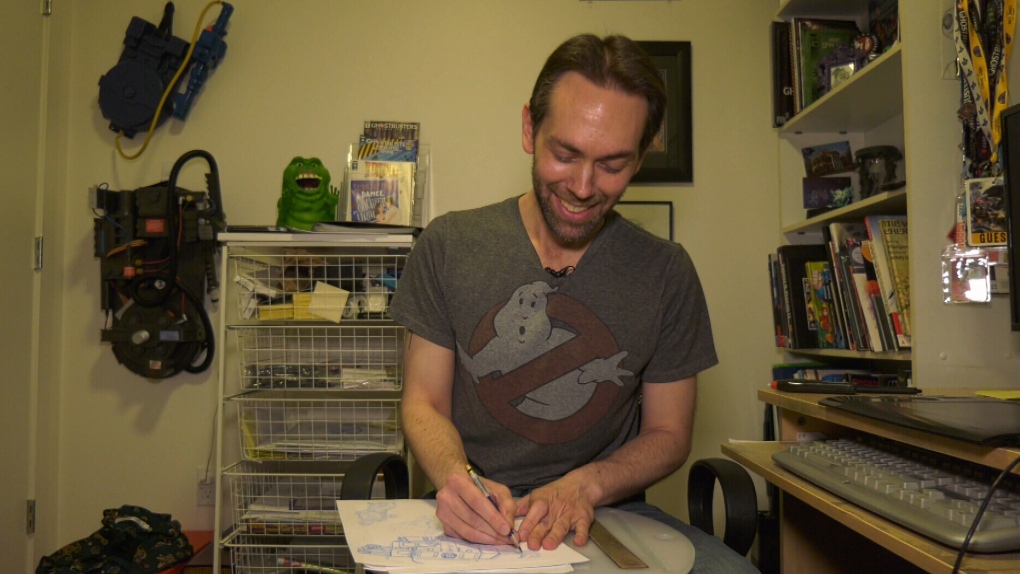 Ghostbusters, the Teenage Mutant Ninja Turtles, Back to the Future, Sonic the Hedgehog, and Mega Man are just some of the global franchises that Victoria illustrator Dan Schoening has been involved with over his career.

Schoening is adding another 80s classic to the mix next month, when the Ghostbusters comic he illustrates crosses over with the Transformers in a 35th anniversary celebration of both franchises.

Schoening remembers seeing Ghostbusters and Transformers as a kid, and has been a fan of both ever since.

He says he's excited at the opportunity to draw the characters together. “We’re really looking to the old Transformers cartoon that came out in 1984 and kind of paying respects to that," he tells CTV News. "It gets me passionate about drawing it.” 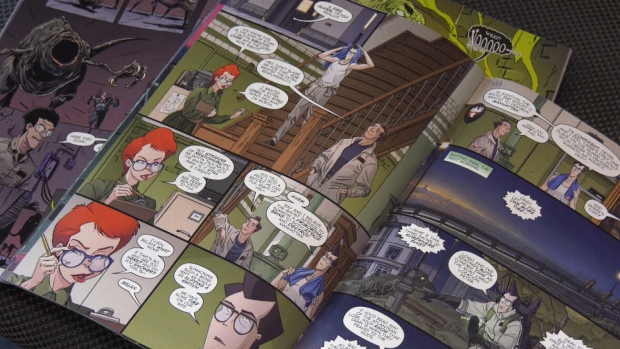 The comics are original stories inspired by the franchise characters and their histories. (CTV Vancouver Island)

A synopsis for the new Ghostbusters and Transformers crossover, titled Ghosts of Cybertron gives clues as to what may happen in the comic.

Comic publisher IDW describes the premise: “The Autobots, having escaped from the war that destroyed their home planet, trace a stray Cybertronian signal to the planet Earth.”

Once the Transformers arrive on Earth to investigate the signal, they cross paths with the Ghostbusters.

It’s not just all familiar faces though. Schoening says fans can expect the iconic Ghostbusters vehicle Ecto-1 to transform into a new Transformers character, ‘Ectotron.’

Toy company Hasbro will also be releasing a transforming toy of Ectotron this summer, which has got Schoening as excited as any fan could be. 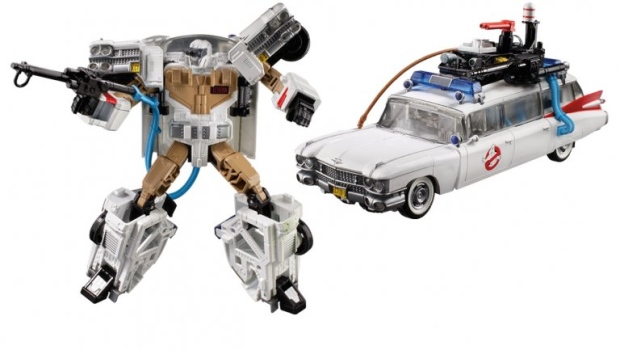 The Ectotron toy from Hasbro transitions from the classic Ghostbusters vehicle to a Transformer. (Hasbro)

Schoening is part of a team of three across North America who create the Ghostbusters comics.

Writer Erik Burnham is located in Minnesota and writes the scripts and character dialogue for the books. Schoening draws the illustrations from his home in Victoria, and colourist Luis Delgado adds all the colours from Mexico City.

The Ghostbusters comics have been a staple among fans for the past eight years. The original stories are based on the Ghostbusters team originally played by Bill Murray, Dan Aykroyd, Harold Ramis, and Ernie Hudson back in 1984.

“I just kind of fell into comic books,” Schoening says, recounting the original pitch he and a friend put together for a comic book company.

“They declined the pitch, but they did like the art I did.” Schoening was then invited to do a one-off Halloween Ghostbusters comic. “That’s kind of my bread and butter. I love Halloween and I love Ghostbusters.” 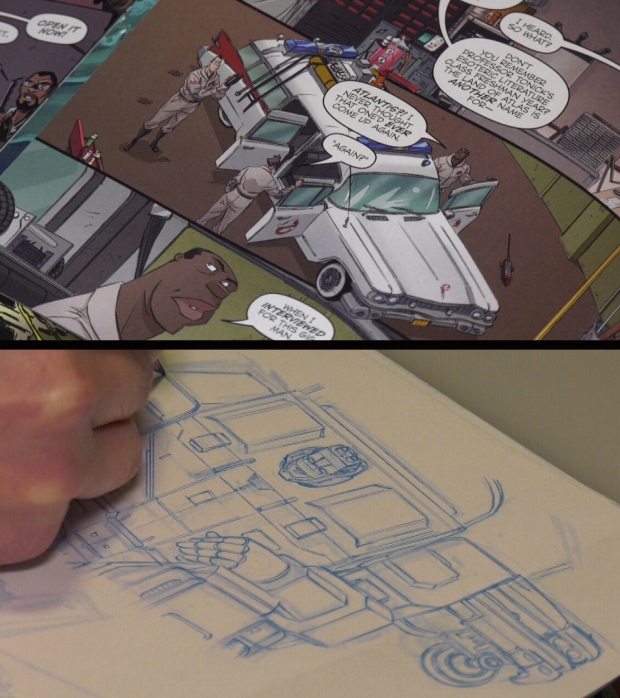 Schoening opens up his sketchbook to reveal some of the first transformers drawings he did for this project. (CTV Vancouver Island)

Dan was then invited to start up a new Ghostbusters comic with IDW publishing. “I was a bit nervous because I didn’t know if i had the caliber to do it, but I did have the passion.”

A celebration of all things Ghostbusters will be taking place at the Sony Pictures Studio in Culver City, Calif. in June. Schoening and Burnham will be there along with cast and crew of the original movies, cartoons, and the new film coming out in 2020. He’s looking forward to being involved.

“I’m still a really big fan, and it’s really neat to get that kind of excitement that other fans are getting.”