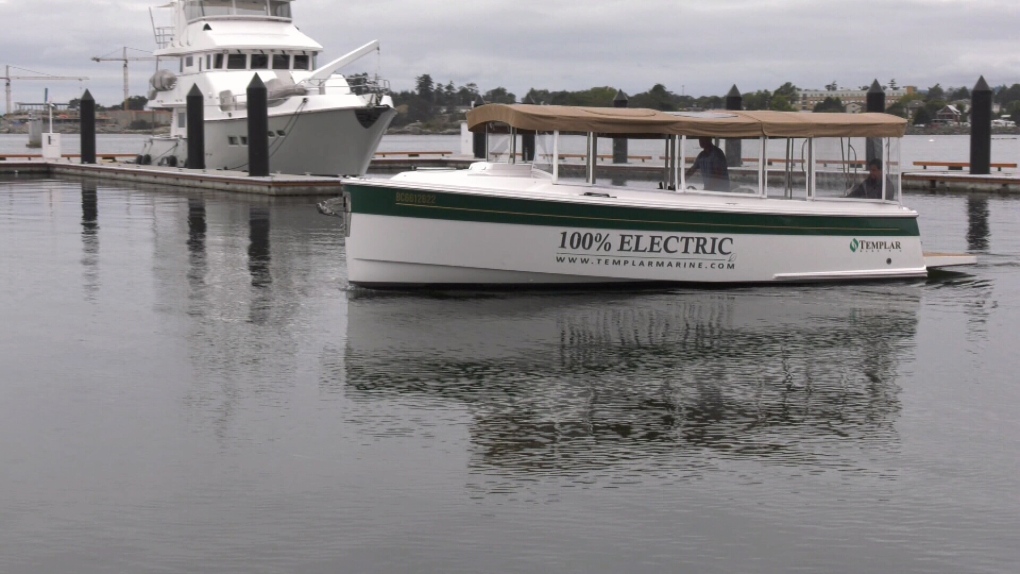 Not only are the boats zero-emission, they're also produced in B.C. by Kelowna-based company Templar Marine Electric. Aug. 9, 2019. (CTV Vancouver Island)

A fleet of hop-on, hop-off electric water taxis will provide a new option for those looking to traverse Victoria's waterways in an environmentally conscious manner.

The Wilson Group, a transportation company that serves Victoria, purchased the silent, emissions-free boats and says they can run for eight to 10 hours at a speed of about 12 kilometres an hour.

“They’re well designed for a hop-on hop-off product but also gives us the flexibility to have private tours and also dinner cruises in the evening as well," said John Wilson, president of the Wilson Group.

“Part of the product is to get off at different stops, like the Steamship Terminal, over at the Ocean Point Hotel, at the Victoria international Marina and the Fisherman’s Wharf. We’re also looking at partnering with GVHA (Greater Victoria Harbour Authority) at Ogden Point as well.”

Not only are the boats zero-emission, they're also produced right here in B.C. by Kelowna-based company Templar Marine Electric.

The boats are open concept with no engine compartments, no fuel tanks and are built to seat about 12 people. 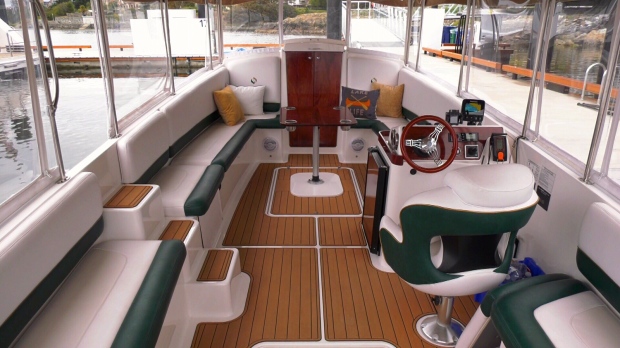 They run completely on batteries and take about seven hours to charge, unless they're using a fast-charge option which can see them ready to go in roughly two hours.

Wilson Group said it's hoping to have four to six boats up and running by May of next year before expanding the fleet to 12 the following year.