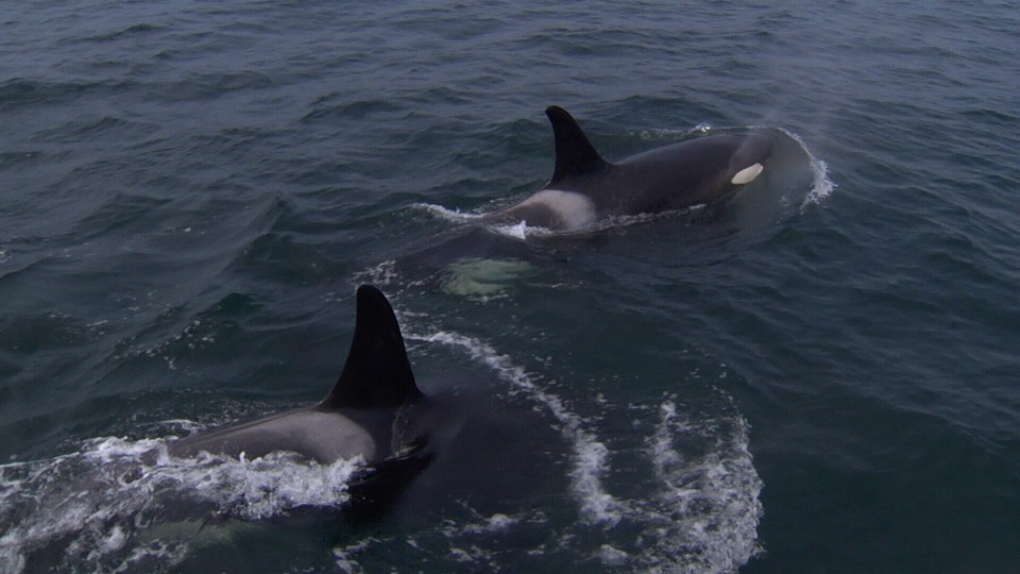 Resident killer whale population is decreasing according to an annual census by the Centre for Whale Research. (CTV Vancouver Island)

The federal government has introduced sweeping new measures to protect the population of endangered killer whales that frequent B.C.'s coast.

The Department of Fisheries and Oceans has previously closed off fishery areas in B.C. waters to conserve salmon and in turn, provide more food to the whales, whose numbers are dwindling with just 74 remaining.

On Wednesday, the government said it would commit an additional $61.5-million to conservation efforts including further reduction of Chinook salmon fishing and investing in Chinook hatcheries.

"It is proposed that increasing Chinook Salmon production through hatchery augmentation of 1 million juveniles will result in a return of approximately 30,000 adult prey for the [southern resident orcas] in 3-4 years," a DFO spokesperson told CTV News.

It's expected the hatchery expansion would increase Chinook salmon returns in the Fraser River by close to 30 per cent.

The money will also go toward identifying a new area of critical habitat for the orcas off the coast of southwestern Vancouver Island.

DFO says it also plans on reducing underwater noise by expanding vessel slowdown orders in B.C. waters, as well as striking agreements with ferry operators and other marine industry partners to reduce noise.

"Today’s bold and unprecedented actions represent a major step forward in addressing key concerns," fisheries minister Jonathan Wilkinson said in a statement. "By increasing access to food, reducing vessel noise and addressing key contaminants of concern, the Government of Canada is taking action to protect and to enable recovery of the Southern Resident Killer Whale."

So far, the DFO has restricted sport salmon fishing in the waters from Sooke to Port Renfrew over the summer in a bid to increase food sources.

It's a move that has prompted criticism from some island anglers who fear the restrictions will kill their businesses.

It remains to be seen where further restrictions would be placed, but there have previously been rumours of the DFO closing off an area from Port Renfrew to Tofino.

The DFO says a dedicated Species at Risk Group will determine further fishery restrictions taking input from Indigenous leaders and other fishing groups, but they have not been decided yet.

Read the DFO's full document below: