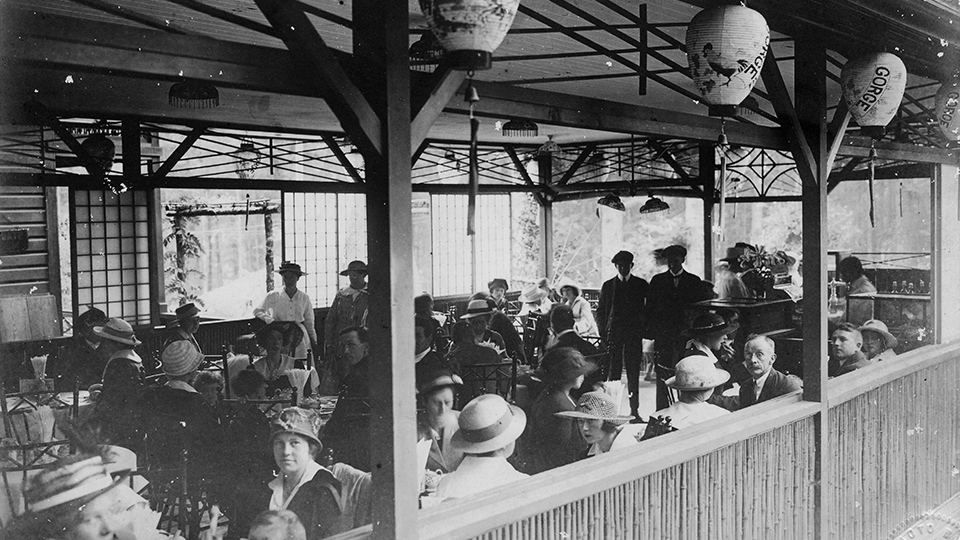 For 35 years, the Japanese Tea Garden in Esquimalt was the place to be for recreation in the Capital Region.

"It was an awesome recreational complex with walkways through a traditional Japanese garden," said University of Victoria (UVic) Landscapes of Injustice researcher Kaitlin Findlay.

"For three decades it had been a beautiful site of leisure for the residents of Esquimalt and Victoria."

The garden retreat was owned by brothers Hayato and Kensuke Takata and was opened on the Gorge waterway site in July, 1907. The brothers had immigrated to Esquimalt from Japan in the early 1900s and helped build the vibrant gardens, which were filled with hundreds of Japanese lanterns, wisteria trellises, cherry trees and numerous valuable shrubs.

"It was quite revolutionary at the time and it certainly garnered a lot of interest from the more well-heeled Victoria residents at the time," said Dillon Takata, Kensuke Takata's great grandson.

"It was something aesthetically and culturally unique."

The attack on Pearl Harbour by the Japanese in the early morning of Dec. 7, 1941 changed life for the Takata family and the tea garden forever. On Jan. 14, 1942 the federal government issued an order calling for the removal of male Japanese nationals between 18 to 45 years of age to a designated protected area 100 miles inland from the B.C. coast.

"The family was interned in Slocan, [in] very different settings from here," said Takata. "I think my great grandfather worked on one of the road camps."

When the brothers — like thousands of other Japanese Canadians who were forcibly displaced during the Second World War — were sent to internment camps in 1942, local residents looted and destroyed the Esquimalt Japanese Tea Garden.

"It fell target to what officials describe as 'wanton destruction,'" said Findlay.

"They saw everything had been destroyed. It was aggressive explicit harm to this place that had once been the centre for the whole surrounding community."

Now, some 77 years late, the township of Esquimalt is looking for the community's input into creating a multi-purpose venue at Esquimalt Gorge Park with the possibility of incorporating a Japanese Tea House design.

"Acknowledging and recognizing in some way that historic wrongdoing and the ability to move forward and recognize how that shaped our community would be a very good thing to do," said Esquimalt Mayor Barb Desjardins.

"It would acknowledge a community in our country that was unfairly treated."

During a special comittee of the whole meeting back in March, Esquimalt council reviewed a list of construction projects that were identified as popular through two rounds of public engagement. The tea garden project was elected as one of the projects that generated the most interest and is now undergoing additional work and analysis.

With the municipality set to receive a one-time contribution of $17-million from the Capital Regional District as part of the McLoughlin Point Amenity Reserve Funds, the township is turning to the public to see if the tea house project is something the community would like to pursue.

"For me, personally, recreating the tea house would be a real step in the right direction to erasing this black mark from our history," said Takata.

"I really have to give a lot of credit to the Township of Esquimalt, to the mayor and council, for understanding that and supporting this vision and for wanting to do something about it — to right the past."

The final round of Esquimalt's public engagement regarding the allocation of the McLoughlin Amenity Funds is now underway and will close on Sunday, Sept. 29. For more information on the Japanese Tea Garden project you can visit the township's website here.

For more information on the Japanese garden and tea house, visit the The Victoria Nikkei Cultural Society website here.