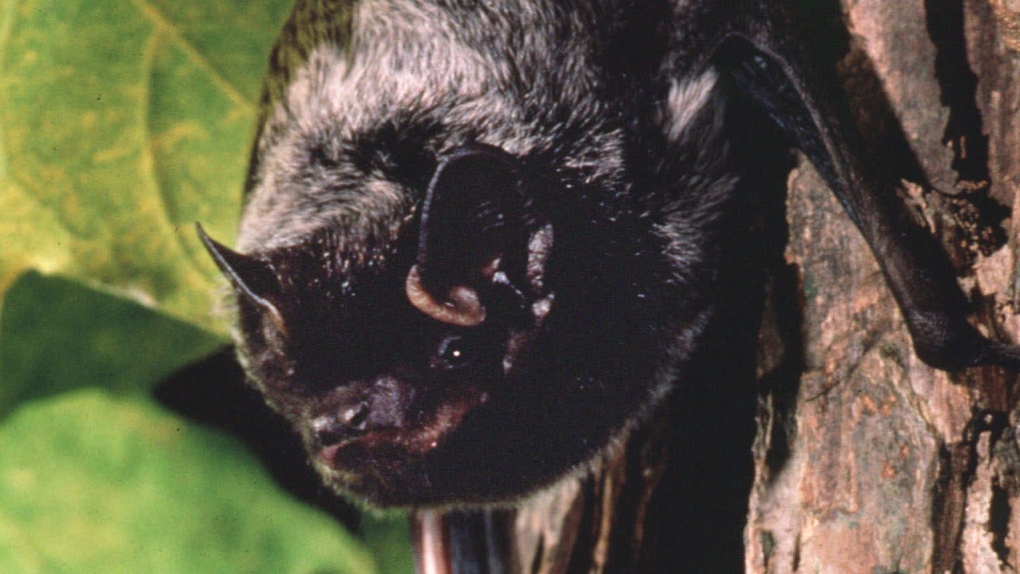 This is an undated photo of a silver-haired bat, the species most often associated with human rabies. (AP Photo/Merlin D. Tuttle, Bat Conservation International)

A veterinary hospital in Courtenay is warning pet owners about rabies after a bat tested positive for the disease.

Staff at Van Isle Veterinary Hospital reported that the rabies-infected bat came from the Denman Island area and was found Monday.

Rabies is a virus transmitted by bites or through saliva that is fatal once symptoms begin to show.

"This is why it is important that we are made aware of its existence and we do our part as responsible pet owners to keep our area 'low risk' by vaccinating our pets," the hospital said in a statement.

Experts say rabies in Vancouver Island's bat population is "not a common finding," with the disease being found in less than one per cent of bats.

The hospital says it has been inundated with calls after a young Parksville man died from the disease last month.

"The most common question is 'What should I do if I encounter a deceased bat or believe my pet has been exposed to a deceased bat?'" the clinic said.

The clinic urged pet owners to make sure they were up-to-date on rabies vaccinations and said to never pick up or touch a dead or ill-looking bat before contacting health officials or the B.C. Centre for Disease Control.

Only 26 people have died from rabies in Canada since the 1920s.

The most recent death was that of Nick Major, a 21-year-old Tae Kwan Do instructor from Parksville.

Major's family said he swatted a bat away on the side of the road while returning from a trip to Tofino.

He became infected by rabies and died in hospital on July 13.