'He had a heart of gold': Mother, sister mourn young man killed by rabies infection

The mother of a 21-year-old Vancouver Island man killed by a rare case of rabies says she wants him to be remembered as the selfless, kind and vibrant young man that he was.

Nick Major, a Parksville resident, contracted the disease in a chance encounter with a bat in May.

Nick was returning from a trip to Tofino when he pulled over on the side of the road and swatted away a bat that flew at him. He died on July 13.

"To me he was always Nicholas, and he was in all aspects of his life the most amazing, incredible young man I've ever had the pleasure of knowing," Nick's mother Carmen Major told CTV News Wednesday.

"He had a heart of gold and he wore his heart on his sleeve, and anyone who had the pleasure and grace of knowing him in his life would agree."

The community of Parksville is in mourning, with tributes streaming in on social media remembering the young man as a dedicated Tae Kwan Do instructor at Cascadia Martial Arts. Many parents said they hoped their own children would grow up to be of Nick's calibre one day.

"The first thing I feel as his mom is just proud. I couldn't be more proud of my son," said Carmen.

"He touched many people and he changed and impacted so many people's lives, and their outpouring of love and prayers and respect and condolences, their heartfelt comments that they leave on social media pages, they warm my heart. Reading them really helps me get through some of the darkest parts of my days."

Nick's 18-year-old sister Serena Major said it was hard to put into words how the loss of her brother has impacted the family.

"Nicholas, he wasn't only just my big brother, but he was my best friend. Him and I did so much together and we had so many plans to still do together," she said. "I just want everyone to know that he was the best big brother and person and best friend that anybody could've had."

She said Nick, who had a smile that lit up a room, always had the best advice for her – and the "kindest heart."

While Carmen hopes others learn about the danger of rabies from her son's death, she said she doesn't want her son to be remembered as just a statistic.

"Just to remember him for the amazing and incredibly vibrant and vivacious young man that he was. He had an infectious smile and an infectious laugh and he literally was and is and always will be the light of my life," she said. "I want people to remember that about him and not the tragic way that he died or how he was taken to soon, which he was, but to remember and honour his life every day." 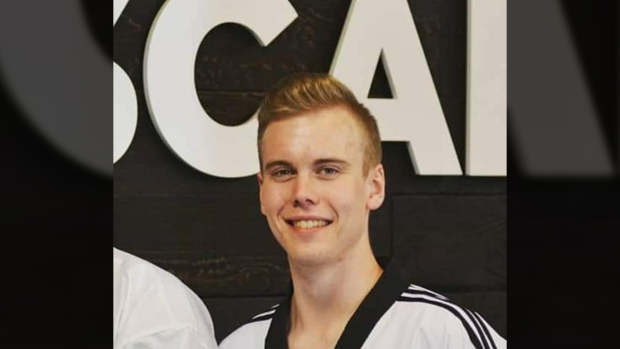 She also had a message for the young students at the Tae Kwan Do academy Nick taught at.

"Do your martial arts, for those who are still in. He wouldn't want you to leave and he'd want you to persevere and just stay strong and support each other through this," she said.

A GoFundMe page has been launched by supporters to help the family as they deal with fallout from his death, raising more than $22,000.

Carmen said a celebration of life event that will accommodate the many people mourning Nick's death is being planned and will likely be held next month.

Fatal rabies infections from bats are extremely rare. Only 26 people have died from rabies in Canada since the 1920s.

Anyone who thinks they may have been exposed to rabies is urged to remove any contaminated clothing, wash any wounds with soap and water and immediately see a health care provider or go to a hospital.