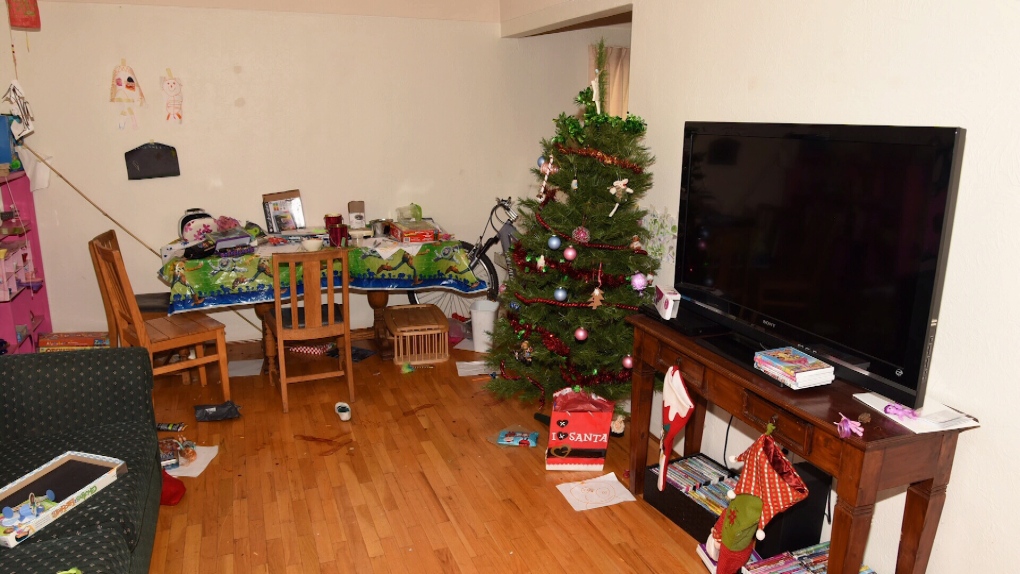 The lawyer for the Oak Bay father accused of killing his two young daughters wrapped up his closing argument Thursday, explaining to the jury why his client was found naked and injured in his bathtub by police.

Andrew Berry is charged with two counts of second-degree murder in the Christmas Day 2017 killings of his daughters Chloe, 6, and Aubrey, 4.

"He got to the bathtub because the killer put him there," said lawyer Kevin McCullough. "All of this was done to stage this as a murder-suicide."

McCullough told the jury that Chloe and Aubrey were not necessarily killed in their beds, where they were found by police. He said the lack of blood spatter on the headboard, and the fact they suffered stab wounds before and after death, suggests they may have been stabbed elsewhere in the apartment, moved to their beds, and stabbed again.

McCullough also asked the jury to consider the fact Berry was wearing a shirt when he suffered more than a dozen small, shallow stab wounds to his chest. "If Mr. Berry was going to commit suicide, why would he leave his shirt on to stab himself?"

McCullough addressed the evidence that Berry never asked about his daughters while recovering in hospital and never told anyone he had been attacked.

"As a matter of law, these are not the sort of things you can take into consideration at all," he told the court. "Silence is not something that can be used against someone."

The defence then told the jury that if they do believe beyond a reasonable doubt that Berry killed his daughters and then attempted suicide, they will be asked to consider intent, and Berry's altered state of mind.

"On the Crown's best day, this case was nothing more than manslaughter," McCullough said, adding, "Mr. Berry did not kill these girls."

The Crown will present its closing argument Friday, and the case will go to the jury early next week.

- With files from CTV Vancouver