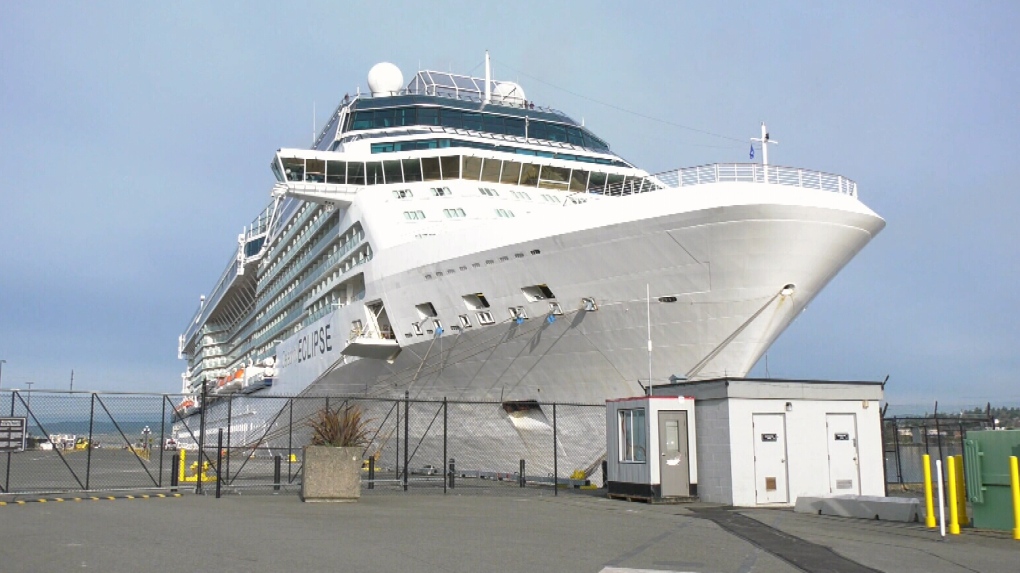 Victoria expected to welcome 260 cruise ships to the city in 2019, bringing close to 700,000 passengers during the seven-month cruise season. (CTV Vancouver Island)

A Canadian conservation group says cruise ships are responsible for dumping "the vast majority" of the potentially toxic grey water that ends up off the B.C. coast each year.

World Wildlife Fund Canada says cruise ships travelling between Washington state and Alaska accounted for 1.37 billion of the 1.54 billion litres of grey water generated off the B.C. coast in 2017.

Grey water includes drainage from dishwashers, sinks and showers and can contain contaminants like oil, disinfectants, fecal coliform and micro-plastics, according to the group.

All types of vessels off the B.C. coast commonly discharge grey water – approximately 600 Olympic swimming pools' worth in 2017 – directly into the ocean due to limited storage capacity on board, WWF Canada said in a news release Tuesday.

“There are several environmental impacts of grey water dumping, including the potential for nutrients in the liquid to foster excessive algal growth, leading to dead zones for aquatic life,” said WWF Canada shipping expert Andrew Dumbrille.

“Grey water can also contain oil and grease that suffocates fish by coating their gills, and particulate matter that chokes species like lobster, crab and sponges.”

While grey water discharge on inland waters is regulated by the province, there are no regulations for grey water dumping on vessels that are more than three nautical miles out to sea.

“We urge Transport Canada to put additional regulations in place around grey water dumping. Some companies voluntarily go beyond what is required, but much more is needed across the industry," said Dumbrille.

"With 90 per cent of all grey water likely produced on cruise ships, transparency can help customers make a difference by supporting companies that keep ocean health in mind. "

Victoria expected to welcome 260 cruise ships to the city in 2019, bringing close to 700,000 passengers during the seven-month cruise season.

Last year, WWF Canada reported that grey water dumping in the Canadian Arctic would double by 2035.

The environmental group's latest grey water study was conducted by Vard Marine, a naval consulting firm with Canadian offices in Vancouver and Ottawa.