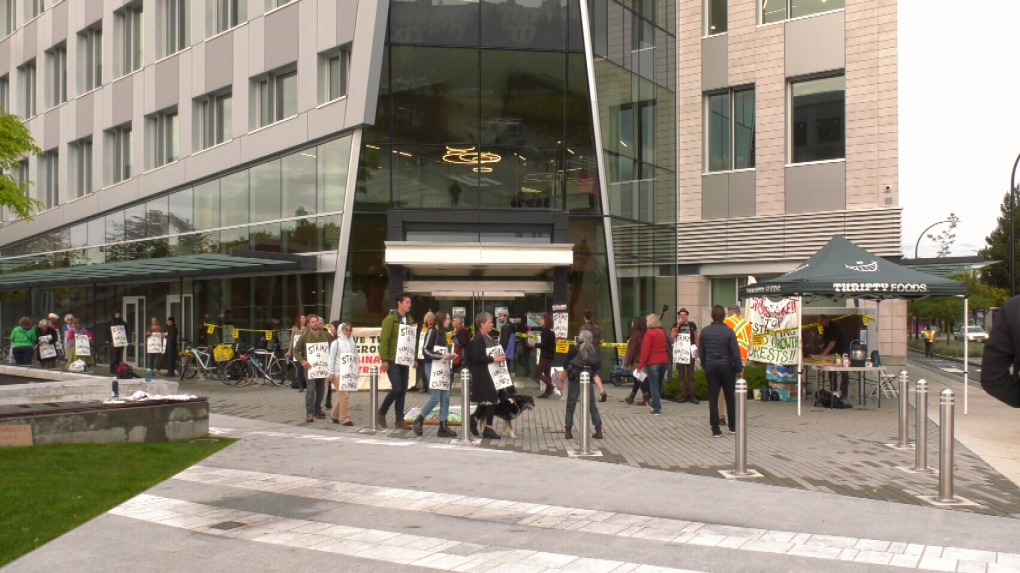 Environmental activists held a rally in front of the B.C. Ministry of Environment and Climate Change Strategy building Tuesday to protest the logging of old-growth forests on Vancouver Island.

The protest is part of a week of global climate strike actions, according to protesters, which included a student walkout that blocked traffic in front of the B.C. Legislature on Friday.

The group Friends of Carmanah Walbran said it hopes to draw attention to the logging of old-growth forests on Vancouver Island.

"It's something that's not talked about enough," said protester Jessie Demers. "We know we're on the brink of climate catastrophe and mass extinctions and we know that old growth forests sequester huge amounts of carbon."

The Friends of Carmanah Walbran are asking Minister of Environment and Climate Change Strategy George Heyman intervene and work with the Ministry of Forests, Lands, Natural Resource Operations and Rural Development to create a moratorium on old-growth logging.

While the definition of old-growth trees can vary slightly, common attributes include an age of at least 250 years, immense size, a multi-layered canopy, complex structures, increased understory production and a diverse tree community, according to the province.

"The cloned tree farms are definitely not as important in terms of ecology," said Demers. "Old-growth forests have way more biomass, the trees are massive, they can sequester something like 300 times more carbon than a regular second-growth forest, so they're very important ecologically."

"People are educating themselves about the significance of old-growth forests and their role in climate change and it's a local issue that we can actually take action on, so you can expect to see more action," added Demers.