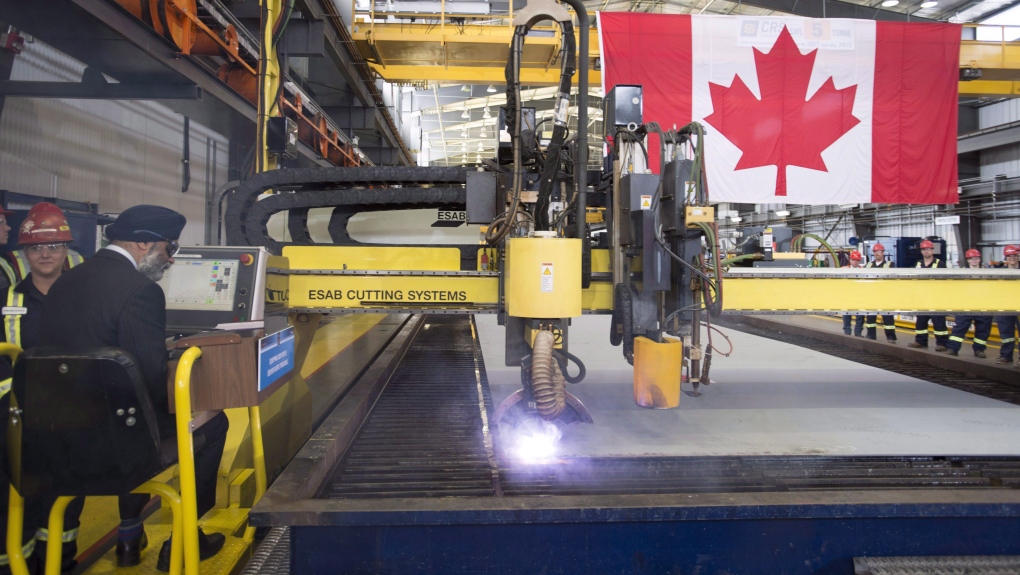 OTTAWA -- The federal government says it expects to pay $700 million more for two new support ships for the navy than expected.

The new figure was revealed today as the government officially awarded a contract to Seaspan shipyards in Vancouver to build the two vessels.

The cost to build the ships was originally pegged at $2.3 billion when Seaspan was first selected to construct the vessels in 2011.

That figure was later revised up to $3.4 billion before today's announcement, which brings the total cost to $4.1 billion.

Work on the first of the two ships has already started and the government says it expects the vessel to be delivered in 2023, four years later than originally planned.

Canada has been without a full-time support ship since 2014 and is currently relying on a converted civilian vessel that is being leased from Quebec's Chantier Davie shipyard.

This report by The Canadian Press was first published June 15, 2020.