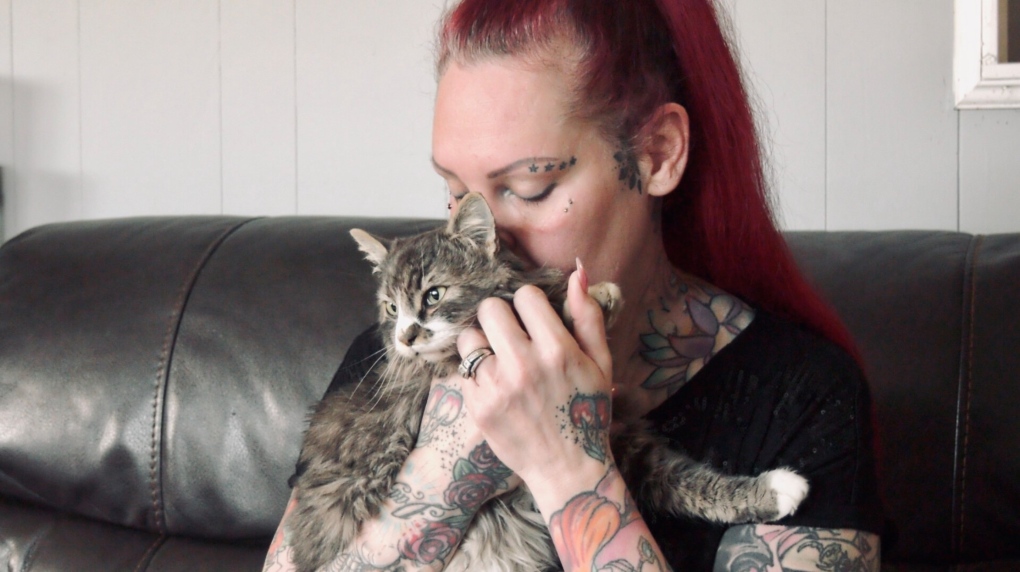 The BC SPCA confirmed it is investigating Lucky’s disappearance and is treating it as a cat abandonment case. (CTV News)

NANAIMO -- The BC SPCA has launched an animal cruelty investigation into an alleged cat abduction in Nanaimo.

The case stems from a social media post showing a man dumping a cat in Cedar, B.C.. The cat named Lucky was found days later and had been missing for a month from its Nanaimo home.

“It’s most horrific thing I have every gone though in my life,” says Lucky’s owner, Bridgette Duckett.

The BC SPCA confirmed it is investigating Lucky’s disappearance and is treating it as a cat abandonment case.

The one-and-a-half-year-old tabby cat went missing from her Nanaimo home on Jan. 7 after she didn't return from being let outside for the day.

“She never stays out, and comes home every day,” says Duckett. “I knew that something was really wrong.”

Then on Feb. 4, a social media post surfaced about a man dumping a cat in Cedar. Duckett saw the post and the description of the cat matched Lucky.

People immediately started searching the area for the cat.

Five days later, Lucky was found by someone living in the Duke Point area when she appeared at their back door looking for food.

The cat was emaciated and had lost half her bodyweight.

“At the same time it was terrible, it was horrible seeing her emaciated,” adds Duckett.

The incident was reported to the RCMP and the SPCA and now an animal cruelty investigation is underway.

Facts and evidence will be gathered and then submitted to Crown counsel, which will decide whether or not to pursue charges.

A GoFundMe page has been launched to cover Lucky’s vet bills. Duckett says she will donate any remaining funds to the CatNap Society and Pet Searchers Nanaimo for their help in finding Lucky.