BC Housing addressing need for middle-income housing in Greater Victoria 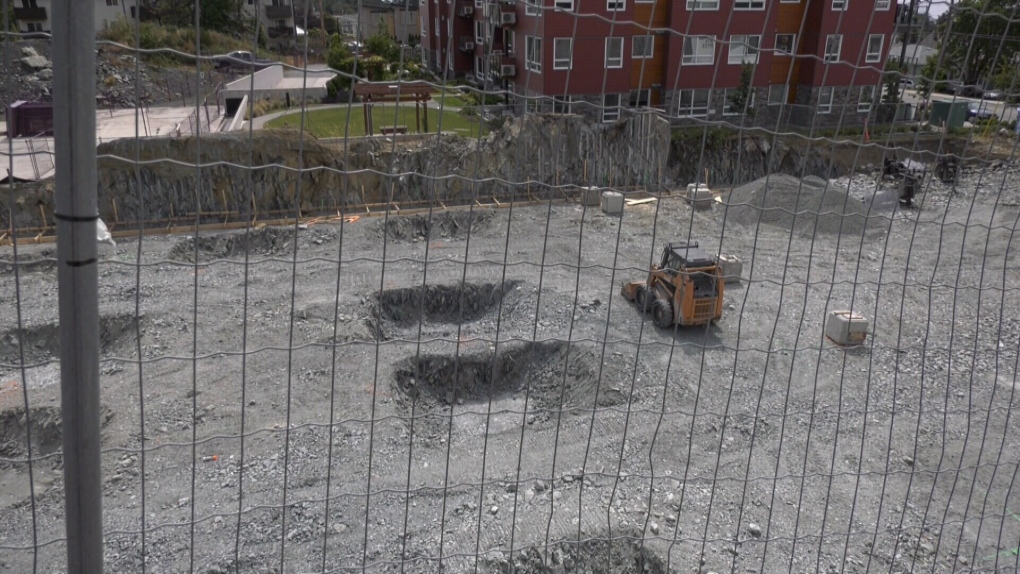 A BC Housing construction project in Colwood is pictured: July 9, 2019 (CTV News)

VICTORIA -- The BC Housing HousingHub program is working to build rental options for middle-income earners in Greater Victoria.

Partnering with local developers has been the key for BC Housing in building more than 1,000 units in Greater Victoria, targeted to house "workforce" workers, according to the organization.

Currently, there are 48 units from the program under construction in Colwood.

"You'll see as those projects complete, a range of incomes and a range of rents all below market," said BC Housing CEO Shayne Ramsay. "You look at the economies in the south island, job growth and employment numbers all continue to push up the cost of housing."

BC Housing is working with local, provincial and federal governments along with business partners to target and produce more affordable rental housing. An example of this type of partnership is the Regional Housing First Program.

The program is a partnership between BC Housing, the CRD and the Canada Mortgage and Housing Corporation to build affordable rental housing options for people with a range of incomes.

Meanwhile, Ramsay says that the provincial government is looking at where to build housing, in addition to construction.

"Another area that government is also looking at is rental-only zoning that will help to alleviate some of the land costs which drive up the cost of housing," he said. "Access to land is a key part of the puzzle but the other part is density and accepting greater densities in certain areas."

"How can we look at building up, rather than spreading out, especially with the land constraints on the south island?" he said.

In the local community, members of the Greater Victoria Chamber of Commerce say they are happy to hear of the steps BC Housing is taking to help with the area's housing crunch.

"One of our concerns is the ability to continue to attract workers to Victoria and have working families be able to live here," said Chamber CEO, Catherine Holt. "We are very encouraged by all of the tools that BC Housing has at their disposal."

BC Housing is also revisiting the option of modular housing in Greater Victoria. The organization is in the process of going back to local governments to make funding available for modular housing, if suitable land can be found. BC Housing has found modular housing to be a versatile product that can be delivered quickly.

"You are doing things in parallel, like zoning approvals as well as production," said Ramsay. "So it can happen quite quickly when you have access to land."

In addition to the 1,000 new homes under construction in the Greater Victoria region, another 110 units are in the early stages of development.