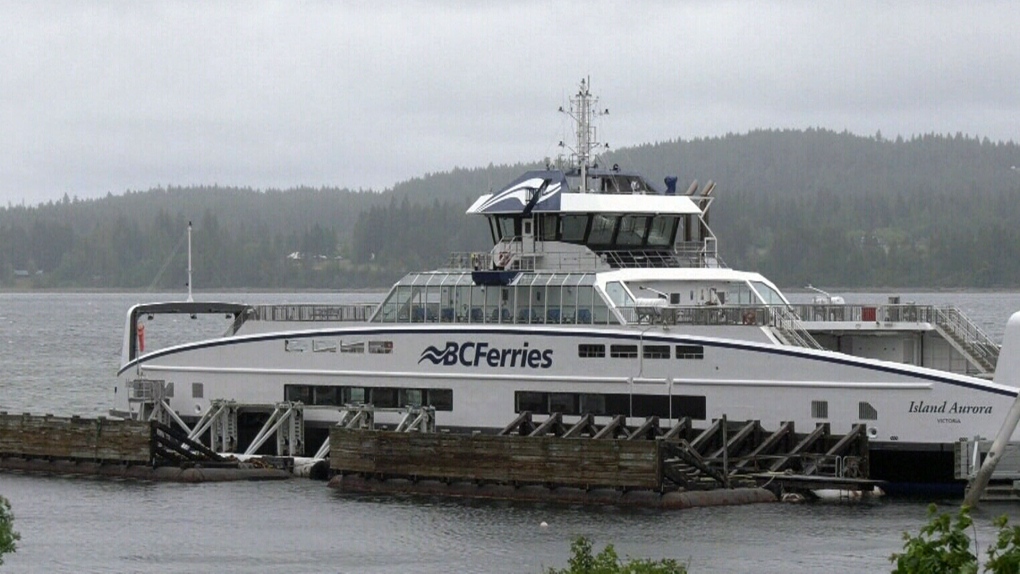 COURTENAY, B.C. -- An unfortunate accident, not a technical breakdown, is being blamed for knocking one of the newest BC Ferries vessels out of service.

The Island Discovery, which sails the waters between Powell River and Texada Island, was removed from service on Wednesday morning after a mishap occurred while crews were working on the vessel Tuesday night.

According to BC Ferries spokesperson Deborah Marshall, the problem is comparable to a problem with an electrical breaker in a house.

"A piece of equipment got damaged during the maintenance work, so it wasn't that the ship had an issue before the damage was caused," Marshall said Thursday.

Repairs were attempted Wednesday night but were unsuccessful. Crews are now waiting for a replacement part to be delivered and installed.

"What I'm told is the actual fix or the switching out of the switchboard isn't a big deal, it's actually getting our hands on the part," Marshall said.

The service interruption for the vessel, which only went into service on the route a month ago, is being criticized by some ferry users on social media.

Cindy Babyn, president of the Texada Island Chamber of Commerce, says the group's members are concerned.

"The chamber's been made aware that losing our Island Discovery has affected people trying to get their business done in Powell River for sure" Babyn said.

She said islanders are happy to see the replacement Salish Orca stopping off at Texada during its runs between Comox and Powell River but the infrequency of getting vehicles and off the island is causing lengthy delays.

BC Ferries has also brought in a water-taxi service to transport foot-passengers between Texada and Powell River.

"Yes the water taxi is a very helpful way of crossing, however there are many entrepreneurs who need to use their vehicles to get to work and doing deliveries and other things so we really do require a ferry with vehicle accessibility," Babyn said.

BC Ferries also attempted to service the route with a different vessel, the Quadra Queen II, but incompatibility issues with the ramp and the stand-by vessel prevented that from happening.

The replacement part and a duplicate are being sourced from within Canada and in Europe where the Discovery and two other identical vessels were constructed. Marshall said whichever part arrives first will be installed.

There is currently no estimated time of arrival for when the Island Discovery will be returned to service. It is currently docked at Saltery Bay, awaiting the replacement part.

The North Island Princess, which previously sailed the Powell River-to-Texada route, is currently docked at the company's refit facility in Richmond and is up for sale.