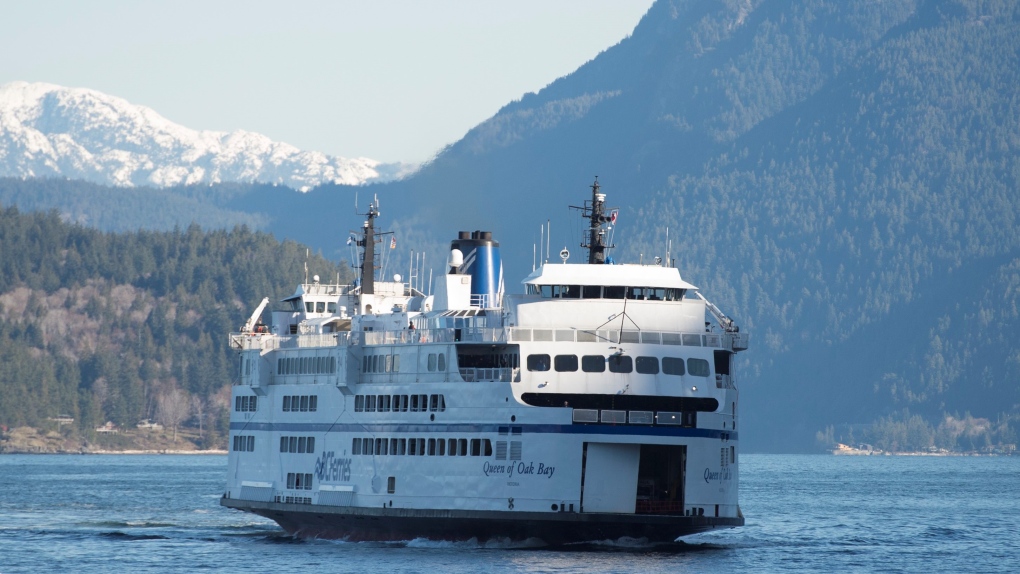 A BC Ferries vessel is seen arriving at Horseshoe Bay near West Vancouver on March 16, 2020. (Jonathan Hayward / THE CANADIAN PRESS)

VICTORIA -- BC Ferries staff denied ferry tickets to a handful of travellers who were in breach of the province’s new COVID-19 travel restrictions over the weekend as passenger numbers between Vancouver Island and the B.C. mainland declined under the new health orders.

BC Ferries president Mark Collins says British Columbians appear to be getting the message about the province’s new restrictions on non-essential travel between health jurisdictions, which came into effect on Friday.

“This weekend now was our first full weekend of implementation – very quiet out there,” Collins told Victoria radio station CFAX 1070. “We had four to seven people turned away and in every case it was because they just misunderstood the regulation.”

Collins said the travellers who were turned away were on the six routes that are now restricted to essential travel only, namely between Tsawwassen and Swartz Bay; Tsawwassen and Duke Point; Tsawwassen and the Southern Gulf Islands; Horseshoe Bay and Departure Bay; Comox and Powell River; Port Hardy and Prince Rupert.

“BC Ferries now has the legal mandate or authority to deny travel based on reason for travel,” Collins added. “In the past, it was a guideline and a suggestion and you were relying on people to make the right decision. Now if somebody tells us they’re travelling for non-essential purposes, we’re obliged not to sell you a ticket and we have the authority to do so.”

B.C. Solicitor General Mike Farnworth, who implemented the new travel restrictions on Friday, says the fact that fewer people are taking the ferries, and even fewer had to be turned away over the weekend, is good news.

“That’s what we wanted to see, is travel down, and the fact that happened on BC Ferries is encouraging,” Farnworth told CFAX 1070. “The fact is, in the last week we’ve had to cancel 1,500 surgeries,” he added to emphasize how the third wave of COVID-19 is putting increased strain on B.C. hospital capacity.

The current travel restrictions will remain in place until at least May 25, when the province expects 60 per cent of the population to be vaccinated against the coronavirus, Farnworth said.

The BC Ferries president said those who were denied travel over the weekend were polite and respectful of the agency’s mandate to guard against non-essential travel at this time.

“We always worry about tense situations coming up at our booths and our ticket agents but the reality is, in most situations people are very calm, very polite, very respectful,” Collins said.

“If we do get somebody who gets out of hand we do have recourse to enforcement agencies but the vast, vast majority of British Columbians have been polite, respectful and trying to follow the regulations,” he added.

The province has defined what is essential travel with several examples, including travelling for work; moving or helping someone move; commercial transportation of goods; helping someone access health care; making a court appearance; accessing child care; attending school; attending a funeral; and responding to a critical incident, such as a search-and-rescue operation.