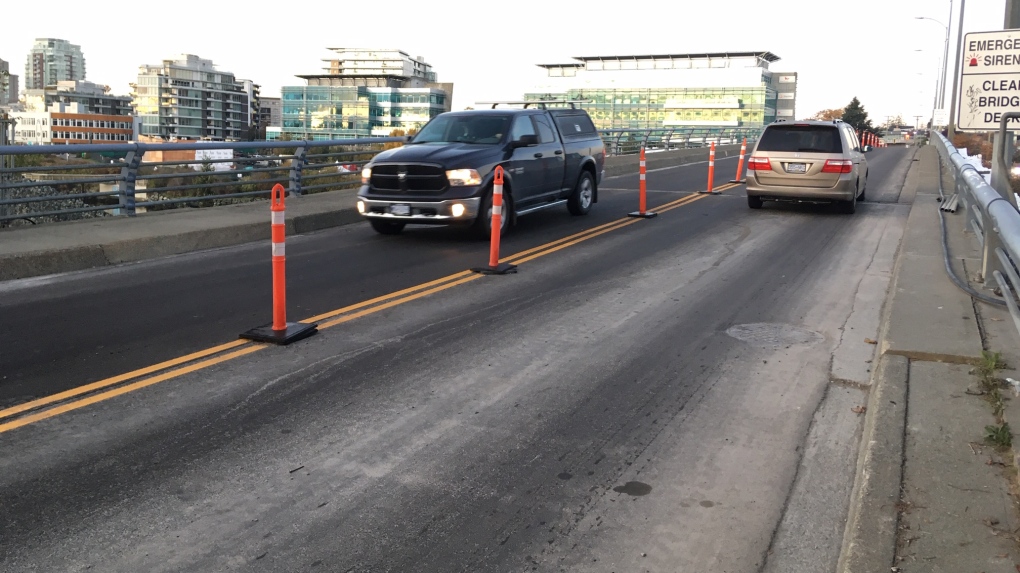 The city estimates that the overnight construction will finish by the end of November. (CTV Vancouver Island)

VICTORIA -- After months of construction, closures and congestion, Victoria's Bay Street bridge is once again open to vehicle traffic in both directions.

The aging crossing, also known as the Point Ellice Bridge, had reopened Monday though repair work is expected to continue for another month.

At night, traffic will return to just one lane westbound until work on the project is complete.

The city estimates that the overnight construction will finish by the end of November.

Construction on the bridge started in May and was scheduled to last until late November. According to the city, the project remains on schedule.

The entire improvement project has an estimated budget of $6.1 million, with the provincial and federal governments contributing $1.2 million each.