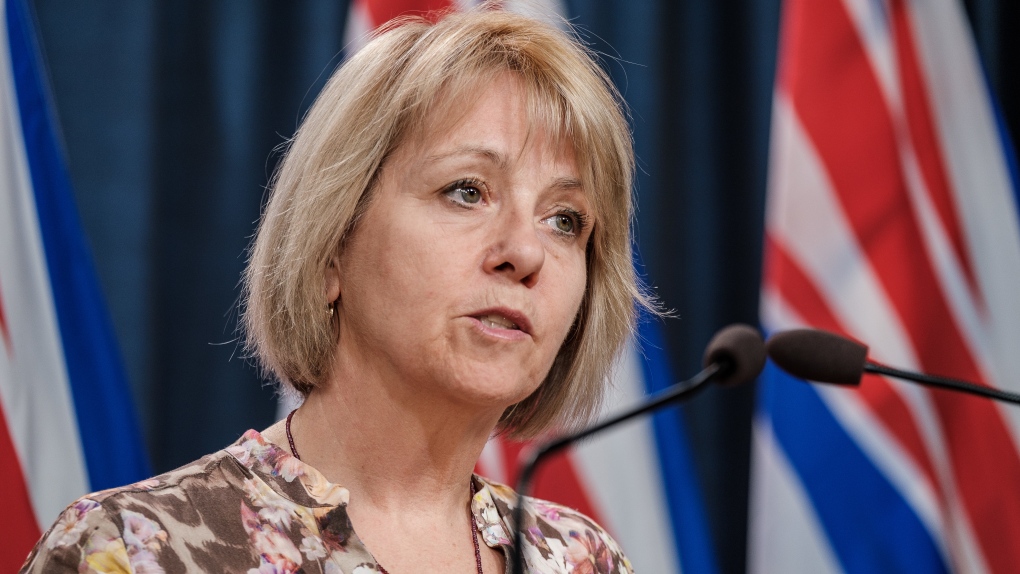 Dr. Bonnie Henry speaks at a news conference on April 14, 2020. (Province of BC/Flickr)

VICTORIA -- Provincial health officials announced just four new cases of COVID-19 in the province Tuesday and no new deaths resulting from the virus in the last 24 hours.

With the four new cases announced Tuesday, the province has now seen 2,601 people infected with COVID-19 since the outbreak began.

Most of those cases have been found in B.C.’s Lower Mainland, with 904 confirmed cases in the Vancouver Coastal Health region and 1,311 in the Fraser Health region.

Elsewhere in the province, there have been 127 confirmed cases in the Island Health region, 195 in the Interior Health region and 64 recorded in the Northern Health region.

There remain 207 active cases of COVID-19 in B.C., with 31 people in hospital and eight people in critical or intensive care.

Eight outbreaks continued Tuesday in B.C.'s long-term care homes, with a total of 556 people in the sector affected since the pandemic began.

A previous outbreak at a hospital in Abbotsford is now over, Henry said. The outbreak affected 10 hospital workers, including two people who were in intensive care who have since been discharged.

There are, however, two new community outbreaks at offices in the Fraser Health region, according to the province. The outbreaks at New World Technologies and Maersk Distribution are considered "very small" and "were detected early," Henry said.

For businesses that have begun reopening, the provincial health officer cautioned that testing alone is not enough to protect workers and customers.

She said many layers of symptom screening, hygiene, protective equipment and physical distancing are required to prevent the virus's spread.

"It's very important to understand that testing right now can be unreliable, particularly for people who don’t have symptoms or who have very mild symptoms that they may not even recognize," Henry said.

"Someone who's negative one day, who has an exposure, may actually be positive the next. The tests are not that great at picking this up early on."

While an estimated one in three students across the province returned to K-12 classrooms on a voluntary basis this week, Henry said it remains uncertain what September will bring.

"I expect it will be very likely a hybrid model but I think it will be different than what we're seeing right now," Henry said, referring to a mix of in-class and online learning.

"That’s one of the reasons why going back to school and having some in-classroom learning right now was so important," she said. "It was helping us understand how we could actually do this."

A total of 2,229 people in B.C. who contracted the coronavirus are now considered fully recovered.

How safe is using a public restroom during a pandemic? Expert weighs in