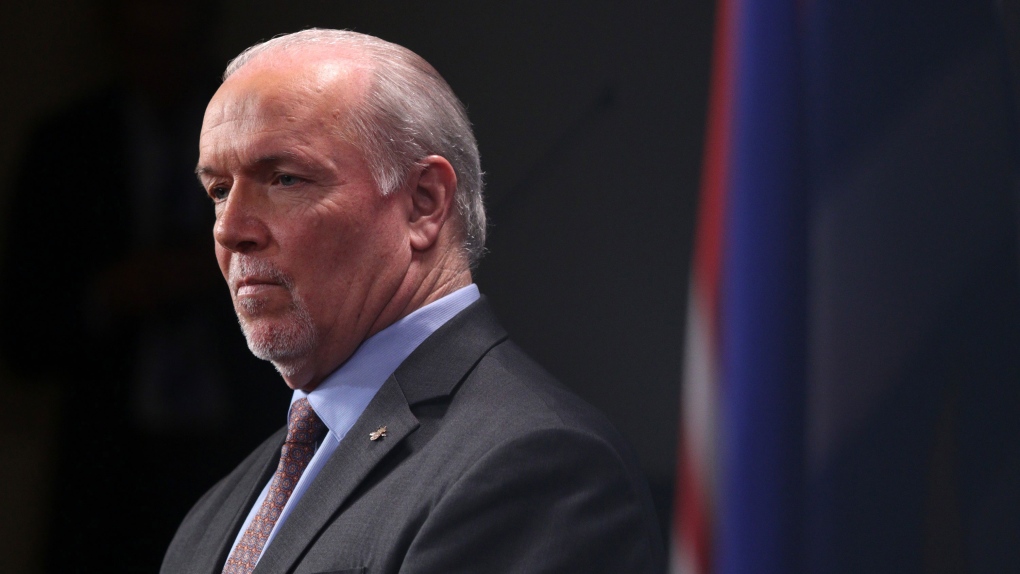 VICTORIA -- The Premier of British Columbia has extended the province's state of emergency amid the ongoing coronavirus pandemic.

John Horgan made the announcement during a brief address to British Columbians Tuesday evening, saying "COVID-19 may be the biggest challenge our province has ever faced."

The premier's address came nine weeks after the first case of COVID-19 was confirmed in B.C., and the same day the province surpassed 1,000 cases overall.

Horgan used the address to commend the province's health-care workers whom he said "are moving heaven and earth to help people who are sick."

Horgan also tried to reassure residents feeling stressed by the social and economic effects of the pandemic and listed the measures the province has taken to limit those effects.

"I can't begin to imagine the stress and anxiety you are feeling," Horgan said. "Although this is not going to be easy, it's not forever."

On Tuesday,  health officials announced five more deaths from the virus in B.C., the deadliest day of COVID-19 in the province to date.

“The next 14 days are critically important in our province’s unprecedented fight against COVID-19," Horgan said, calling on British Columbians to continue to practise physical distancing, self-isolation and frequent hand-washing.

“Today, we’re asking all British Columbians to re-commit to doing their part. There are early signs that our actions are making a difference, and we can’t stop now.”

B.C. declared a state of emergency in response to the coronavirus pandemic on March 18. The move came one day after the province declared a health emergency, and gives the government additional powers to seize property, remove or restrict people from areas of the province and control the price of food, fuel and clothing.

"We're taking steps to secure our supply chains but we are not the only people on the planet looking for this equipment," Horgan said.

"We'll be launching a new partnership between the government, business and B.C.'s tech sector that will connect B.C. companies to health care centres in need of supplies – like hand sanitizer that's being made right now by local distillers and reusable medical garments designed by outdoor clothing companies."