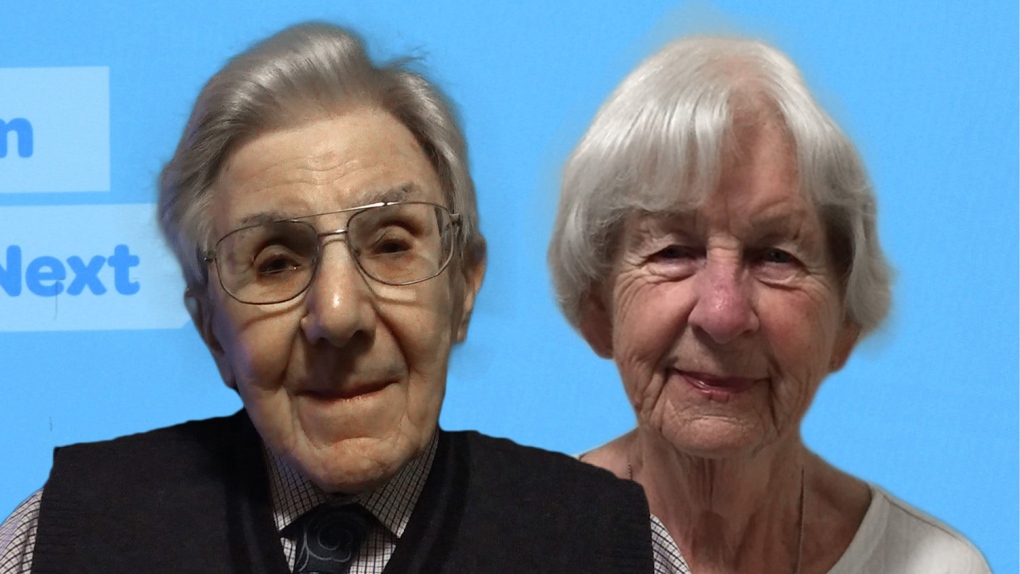 Best friends Alan Barker and Kathleen Cook, who first met in the 1950s, recently won $2 million in a B.C. lottery earlier this month: (BC Lottery Corporation)

VICTORIA -- A pair of lifelong B.C. friends are now $2-million richer after winning a recent BC/49 lottery draw.

Alan Barker, of Courtenay, and Kathleen Cook, of Langley, have been friends for roughly 70 years. They first met in England in the 1950s before moving to Canada with their spouses.

Recently, the pair have been buying lottery tickets together, and have now they’ve learned that they won the BC/49 draw on March 4.

“I was looking at the screen and was dumbstruck,” Barker told the BC Lottery Corporation (BCLC).

“Even while I was walking out someone asked if it was the big winner. I still can’t believe it.”

The senior rushed to tell his friend, who also had a hard time believing the news.

“I was surprised when Alan told me the winning ticket was in his hands, full of wonder and disbelief,” said Cook. “It took a long time to register.”

While the pair now live in different cities, their lottery win has them hoping for a reunion. The best friends have not seen each other for several months, according to the BCLC.

In the meantime, Barker says that he plans to donate some of his winnings to a local hospital for new medical equipment. He’s also considering moving into a “posher” assisted living facility.

Meanwhile, Cook says that she plans to share her winnings with her family.