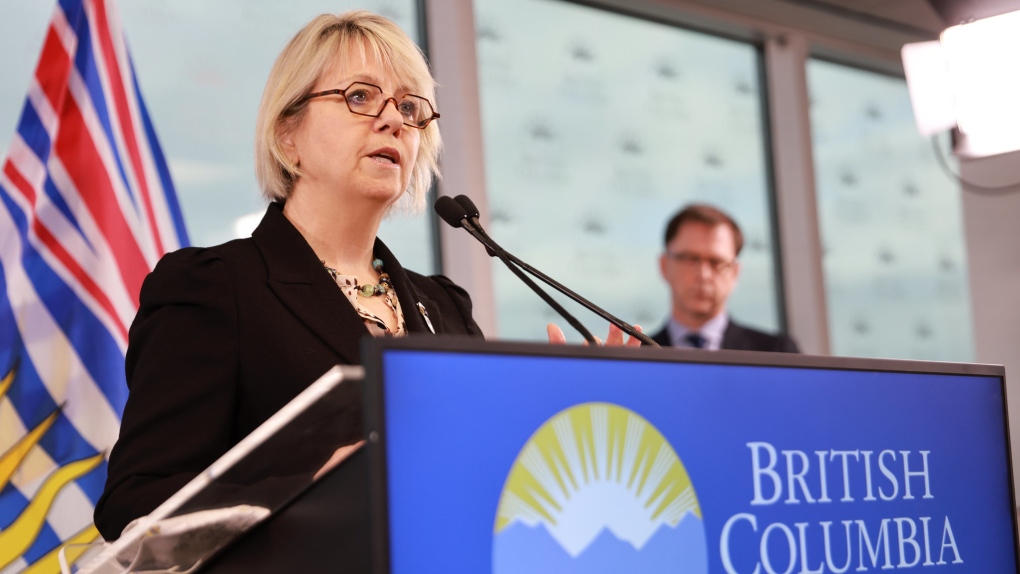 The cases were among 395 found across the province over the past 24 hours.

The Island Health region has now recorded 2,278 cases of COVID-19 since the pandemic began. Of those cases, 289 are currently considered active.

Island Health released the approximate location of 257 of the active cases. Forty-two are located in the South Island, 156 are active in the Central Island and 59 are ongoing in the North Island.

Ten people died of the virus Thursday, bringing B.C.'s death toll to 1,348. No deaths were reported on Vancouver Island, where the death toll has reached 24 since the pandemic began.

B.C.'s top doctor expressed her condolences, saying "our thoughts are with you as well during this difficult time."

There are currently 16 people in hospital for treatment of COVID-19 in the Vancouver Island region, and another six people are receiving critical care.

Health officials made the announcements early Thursday afternoon. The pair said details about B.C.'s COVID-19 vaccine rollout plan will be released Monday during the province's next live update.

"I assure you things are ramping up and we will be providing vaccine very shortly," said Henry.

Variants of concern in B.C.

B.C. has now recorded 116 COVID-19 variant cases. Ninety-five were the U.K. variant and 21 cases were the South Africa variant.

Two cases of the COVID-19 variant that was first detected in Nigeria are also being monitored.

Henry noted that the Nigeria variant is considered a "variant under investigation," rather than a "variant of concern," which is what the U.K. and South Africa variants are categorized as.

B.C.'s top doctor adds that while the province has seen 116 variant cases, only nine are currently considered active.

As of Thursday, B.C. is able to screen approximately 75 per cent of all positive PCR COVID-19 tests to see if they contain a variant of concern.

Henry says that by the end of next week, B.C. will have the capacity to screen 100 per cent of positive PCR tests for variants.

Social restrictions to remain in B.C.

While the number of COVID-19 cases reported over the past 24 hours was lower than the past several days, health officials say that B.C.'s seven-day rolling average has been creeping upwards over the past two weeks.

Henry adds that B.C.'s COVID-19 reproductive number has risen above 1, after dipping below the 1 threshold in early February.

"What that means is there is potential for rapid growth," said Henry.

"This tells us that (on average) everyone who is infected with the virus is transmitting it to more than one person," she said.

She noted that case numbers are rising at a steeper right in particular communities, including the Fraser Health region and Northern Health region.

For now, B.C.'s top doctor says she is not looking at lifting the province's health restrictions until March at the earliest.

How will COVID-19 treatments be used? B.C. health officials look to hospitalizations to decide

Here's how many COVID-19-related tickets have been handed out in B.C.

No minimum isolation time for those not tested for COVID-19 under new B.C. guidelines