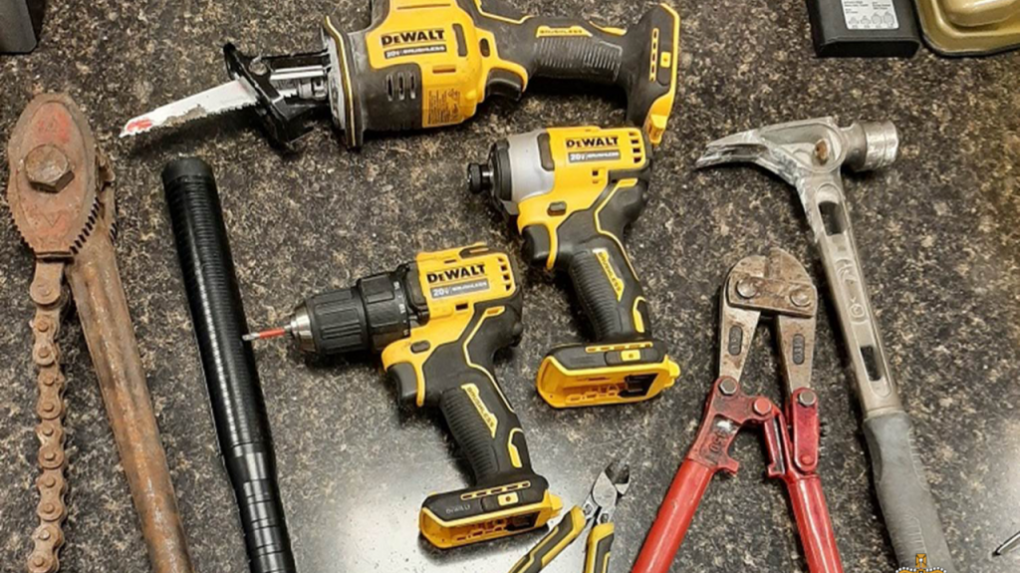 VICTORIA -- Victoria police say two people who were allegedly squatting in a building were arrested after they were found to be in possession of stolen property.

Police say the arrests occurred on Friday after officers were called to the 900-block of View Street for reports of two people staying in a building that was slated for demolition.

Inside the building, police say they found a man and a woman, as well as a range of stolen items.

The pair were also in possession of several weapons, including a machete, a stun baton, knives and a replica firearm, according to VicPD.

Police arrested the man and the woman for break and enter and possession of stolen property. During the investigation, police say the woman displayed signs of an opioid overdose, and first responders took her to hospital for treatment.

VicPD is now hoping to return the stolen items. Anyone who recognizes the stolen property or who has information on the alleged thefts is asked to call Victoria police at 250-995-7654 or call Crime Stoppers anonymously at 1-800-222-8477.