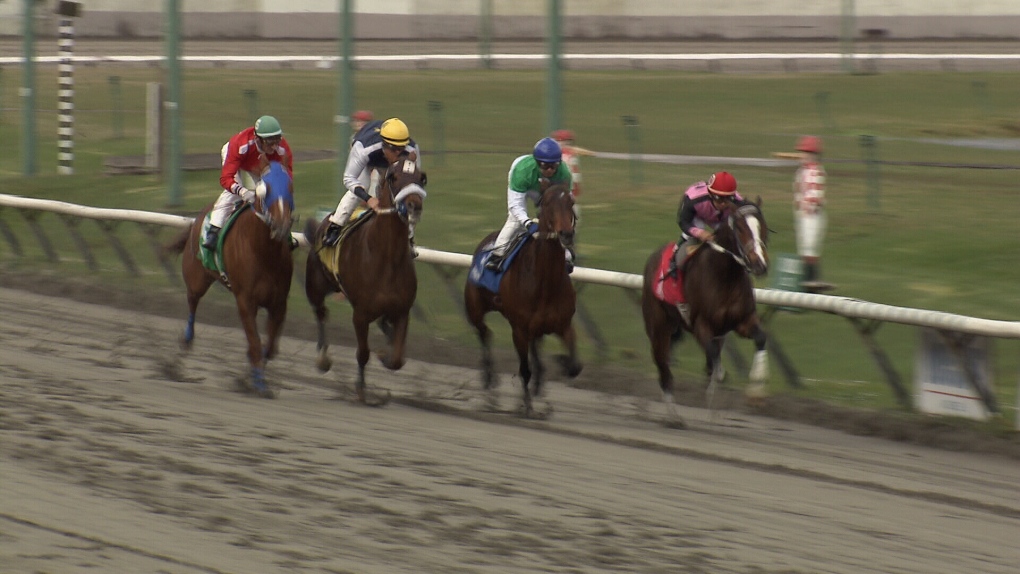 Four jockeys compete at a Hastings Racecourse event in this file photo from April 13, 2013.(CTV News)

VANCOUVER - Several people have been removed form a Vancouver horse racing track as part of an investigation by the Canadian Border Services Agency.

A release from Hastings Racecourse says border services agents arrived at the park, owned by Great Canadian Gaming Corporation, at about 6 a.m. Monday.

It says a number of people employed and supervised by various horse owners and trainers were escorted off the site, and none of those who were removed is affiliated with or employed by Great Canadian.

A statement from the border services agency says it was conducting investigations at the track related to the Immigration and Refugee Protection Act.

The Canadian Border Services Agency says it conducts enforcement actions when it is believed that a contravention of the Customs Act or the Immigration and Refugee Protection Act has occurred.

The statement says it would be inappropriate to provide any further information while the investigation is underway and didn't say if the people remain in custody.