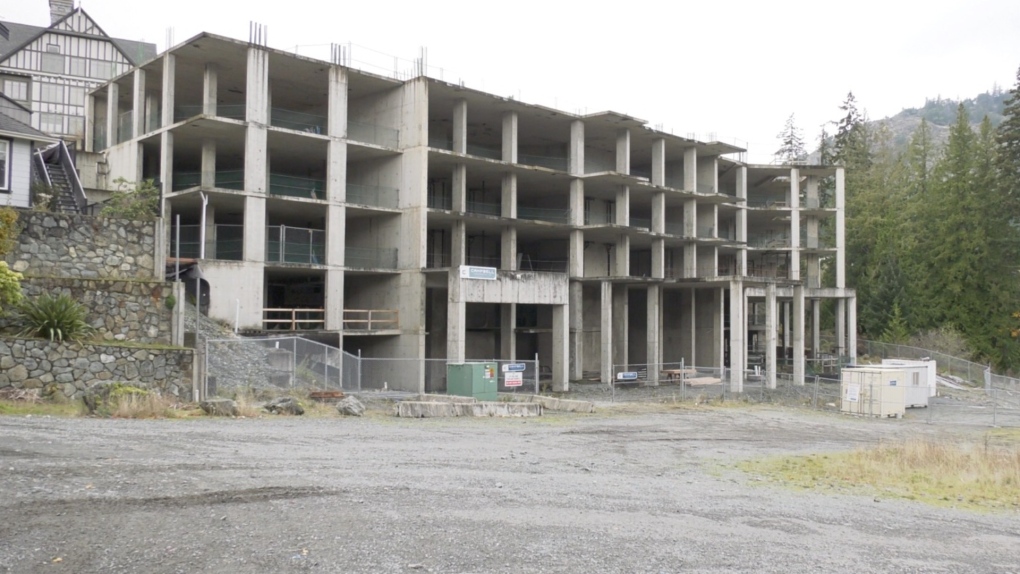 The luxury condo building at Bear Mountain was set to reach 14 storeys before work stalled in 2009 due to the global financial crash. (CTV News)

VICTORIA -- Work on a luxury condo development at Bear Mountain is finally underway again after the project was held up for more than a decade.

Ecoasis Developments, the company that owns the Bear Mountain property, says work has resumed on the high-rise on Hannington Road.

Next month, the company expects to conduct concrete demolition, seismic upgrades, and the first new concrete pour on the site since 2009.

Neighbours in the area are being told to expect some dust, noise and periodic traffic delays during work hours.

The luxury condo building was set to reach 14 storeys before work stalled in 2009 due to the global financial crash.

Ecoasis says the new work is still in its preliminary stages. The company is now working with the architect and expects to release some new project renderings in the new year.