Witnesses spring to action after car plunges into Oyster Bay

Witnesses to an unusual car crash in Oyster Bay are praising the efforts of people who quickly jumped into action to assist the vehicle's driver.

RCMP were called to the scene of a crash along the Island Highway south of Campbell River around 8:15 p.m. Thursday where a vehicle had plunged into the ocean directly across from the Ocean Bay Resort. 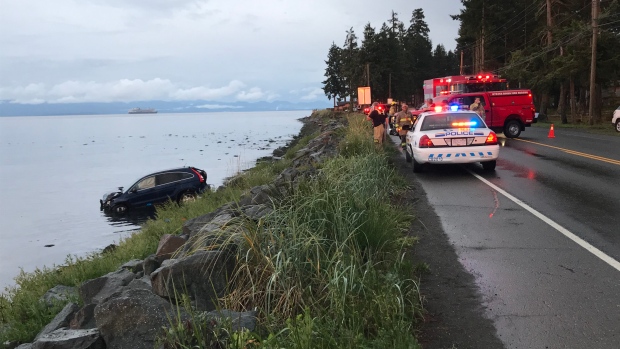 "The guy did a couple of rolls and then into the ocean," said witness Lisa Feddersen.

Feddersen said some men quickly jumped into the ocean to grab onto the vehicle, a Honda CRV, to prevent it from floating away and to try to assist the driver who was still inside. 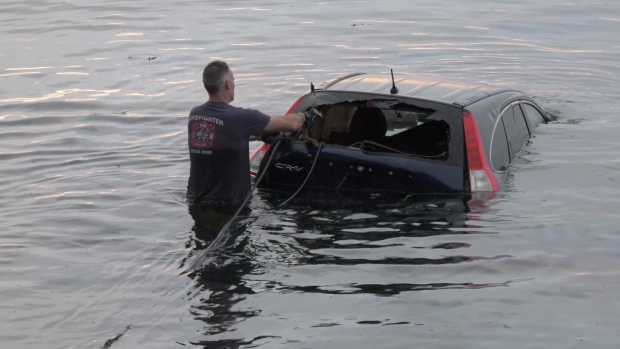 "The four guys that went in to get him, they were awesome. They were stressed and then the guy in the car punched open the [rear] window and he got out," she said.

Kelly Coe was one of the first Good Samaritans to provide assistance.

"Me and another guy jumped into the water. He ended up swimming out to the car and I stayed about chest deep in water and was just handing him rope" Coe said.

Five people went into the water, creating a human chain with the assistance of some tie-downs that Coe had in his pickup truck to keep the CRV from travelling further out into the water.

"At that time we finally saw movement in the car and the rear hatch window was starting to get hit pretty heavy from somebody inside and sure enough it finally blew out," Coe said.

Chris McPherson was also a witness to the crash.

"As we were about to make the curve we saw this blue Honda come around that corner and not turn and it hit the rocks on the side of the road and it launched itself 20 feet in the air, flipping end over end and landed in the high tide" McPherson said. 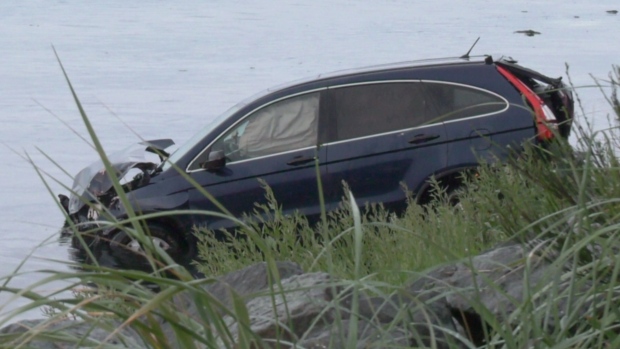 Witnesses also said the CRV's driver was aggressively maneuvering around traffic as it was travelling northbound from Courtenay towards Campbell River.

The driver was not seriously injured but was taken to hospital by ambulance as a precaution. 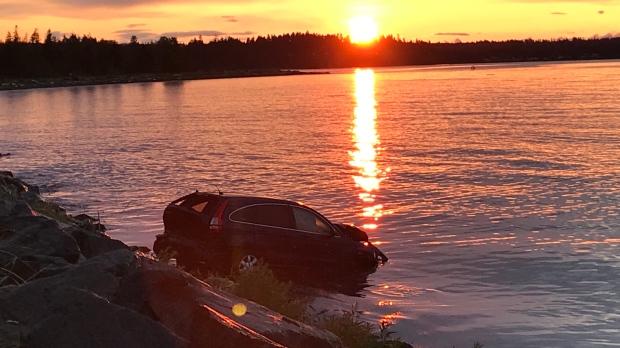