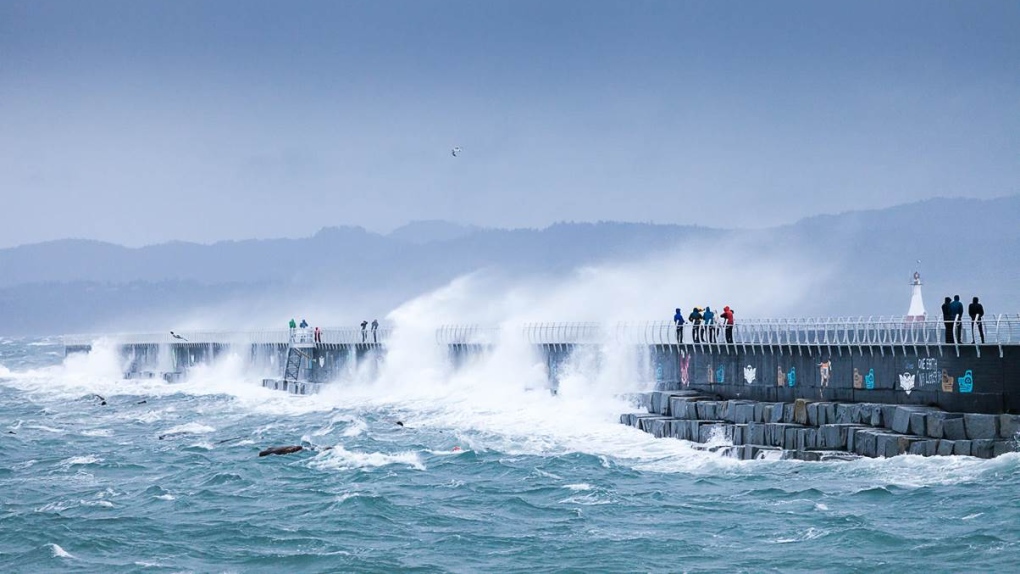 VICTORIA -- Environment Canada is warning of strong winds across areas of Vancouver Island on Tuesday.

The weather agency issued wind warnings for Greater Victoria, West Vancouver Island and the Southern Gulf Islands as a “low pressure centre” sweeps across the coast.

In Greater Victoria, winds of up to 70 km/h are predicted to develop late Tuesday evening and will “persist into early Wednesday afternoon,” according to Environment Canada.

On West Vancouver Island and around the Southern Gulf Islands, winds of 70 to 90 km/h are expected to develop overnight before easing Wednesday morning.

While no rainfall warnings are in effect, the B.C. government has issued a “high streamflow advisory” for rivers across the Mid-and South Island.

“River levels are expected to rise in response to this storm, with high flows expected overnight on Monday and through Tuesday,” reads and advisory posted by the B.C. River Forecast Centre on Monday.

“The public is advised to stay clear of the fast-flowing rivers and potentially unstable riverbanks during the high-streamflow period.”

A high streamflow advisory is the lowest level advisory posted by the River Forecast Centre.

“River levels are rising or expected to rise rapidly, but that no major flooding is expected. Minor flooding in low-lying areas is possible,” says the centre.

Higher level warnings include “flood watch” and “flood warning,” which are issued when flooding adjacent to rivers is expected.