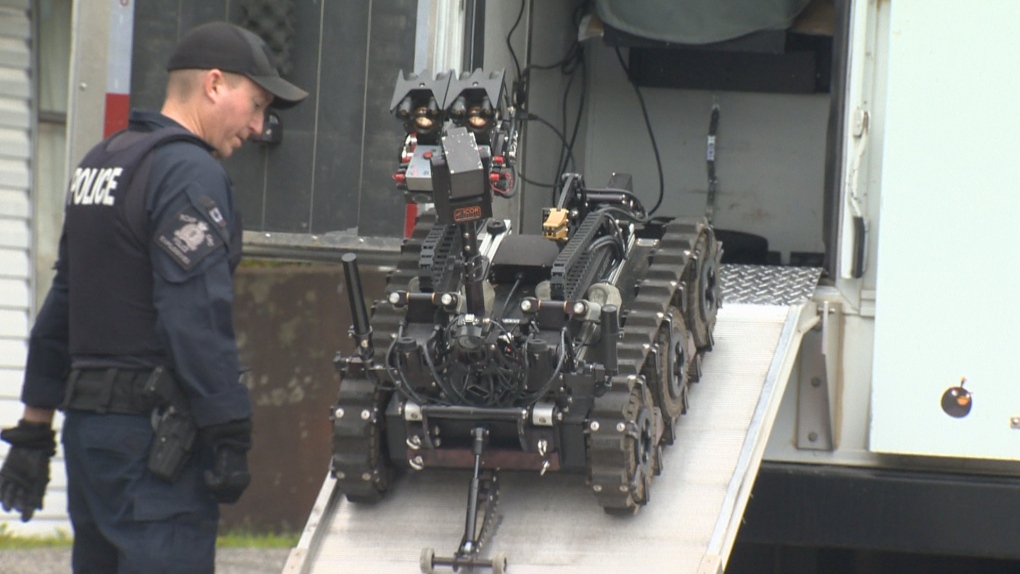 Police in Port Alice used a bomb-disposal robot to investigate after a man was injured in a mail-bomb explosion Tues., Sept. 11, 2018. (CTV Vancouver Island)

WHITEHORSE - A Whitehorse man charged with mailing an explosive device that injured his brother will remain in custody in Yukon at least until another court date later this week.

Leon Nepper appeared in a Whitehorse courtroom Monday and the case against the 73-year-old was put over to Thursday.

Court was told the matter is complex because it's linked to an investigation in British Columbia, and there's also the chance of further charges.

Nepper was charged Sept. 13, two days after his brother, Roger Nepper, was seriously hurt when he opened a package that had been sent to his Vancouver Island home.

The Port Alice resident, who is in his mid-60s, suffered serious injuries, including the loss of several fingers on his right hand.

A motive for the attack has not been released.