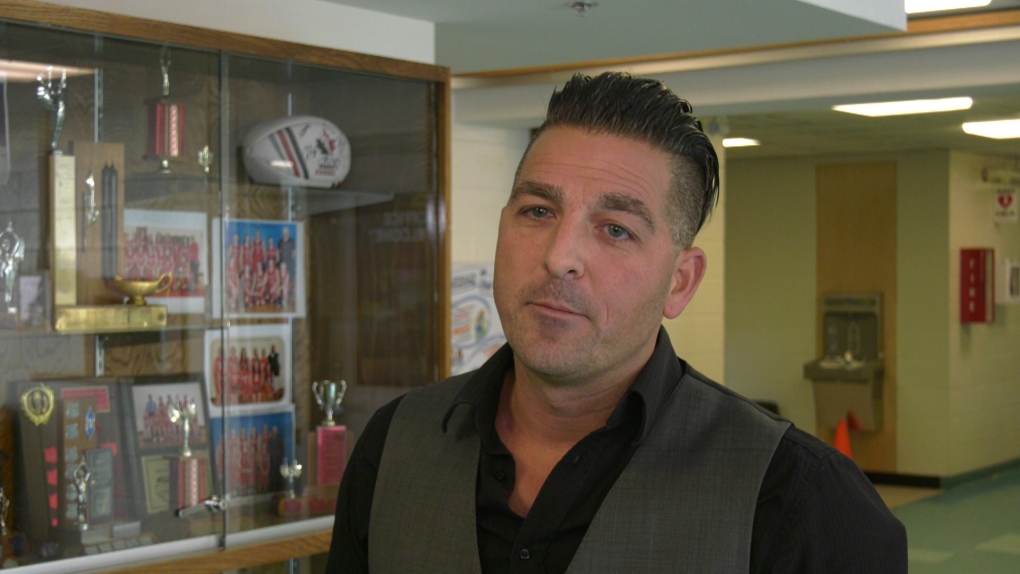 Dunsmuir Middle School principal Mark Kaercher says the school worked with its Parents Advisory Council and students to develop the new rule, which is based on those at other schools in the region. (CTV)

COLWOOD -- Dunsmuir Middle School in Colwood is introducing a cellphone ban that led to a protest last week.

The new proposal expects students to keep their cellphones and other mobile devices in their lockers unless their teachers allow the use the of devices for educational purposes. Some students feel this is too restrictive and want access to their phones at breaks as well. After their protest last week, they also started a petition.

Principal Mark Kaercher says the school worked with its Parents Advisory Council and students to develop the proposal, which is based on those at other schools in the region.

“Many Victoria, Saanich and Sooke schools have done the same, particularly middle schools, so we’re merely catching up,” Kaercher said.

“Our goal is to enhance – to any extent that we can – student learning, connectedness, build community, build culture and what we’re doing in relation to cellphones and the expectations as it applies to digital devices is all enhanced to do that,” he said.

Jaiden Spier, a Grade 8 student who helped organize last Thursday's protest against the ban, said he recognizes that students can abuse their cellphones during class, but says having access at breaks would keep them in touch with family members.

“If your parents texted you about something urgent, that might be something you need to see soon,” said Spier.

Spier’s protest turned into a petition with more than 300 students' signatures.

“To stop the phone ban entirely, that was our total goal but I would at least like to come to a middle point,” Spier said.

“Of course students would like the ability to play their games, send their Instagram messages, Snapchat their friends when they like to," Kaercher said. "Unfortunately, we’ve learned as a society, as a school, it’s counterproductive and it’s not helping us create the healthy, safe, vibrant schools we need."

Under the new rule, students will also be able to use devices for health or medical purposes or as assistive technology for the purpose of inclusive education as informed by the Inclusive Education Teacher.

The ban is scheduled to take effect March 2, and students will be given warnings for the first two weeks. After that, devices being used at inappropriate times will be confiscated and held in the office for a parent to pick up.