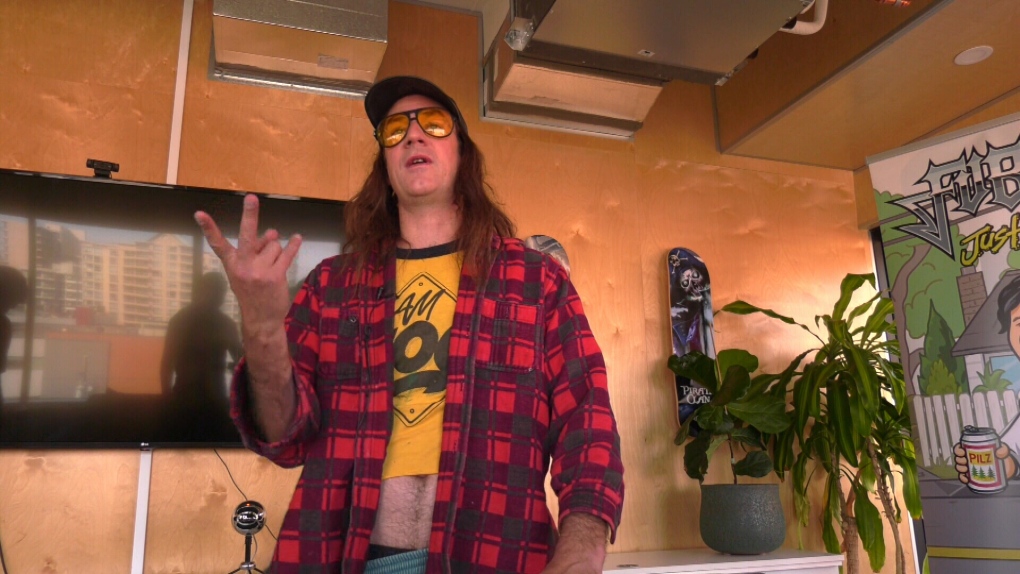 Actor David Lawrence in character as Terry from FUBAR at the Kano office on Aug. 22, 2019. (CTV Vancouver Island)

A Victoria tech company has partnered with a Canadian cult-film classic for a new mobile gaming app that promises to “just give‘r.”

The FUBAR: Just Give‘r app will be available for download this fall from Victoria company Kano, which has been producing gaming apps for 11 years.

“It’s like one of them mobile games where you can like play for prizes and adventures,” said Terry, sporting his signature cut-off denim shorts and high tops.

“It’s like a sober way to get wasted,” says Trish.

Kano was approached by Vancouver’s East Side Games to produce the app, which comes on the heels of East Side Games’ mobile app adaptation of the TV show Trailer Park Boys. Teh expects FUBAR fans will love the digital version, and anticipates growth as a result.

As for FUBAR’s stars, they appear to approve of their digital doppelgangers.

“You should get a video game too. It feels good to look at yourself like that, I’d recommend it,” said Terry, who spent the morning riding around the tech office on a motorized beer cooler.

“With some people’s lives you can’t party all the time, but in the game you can.”