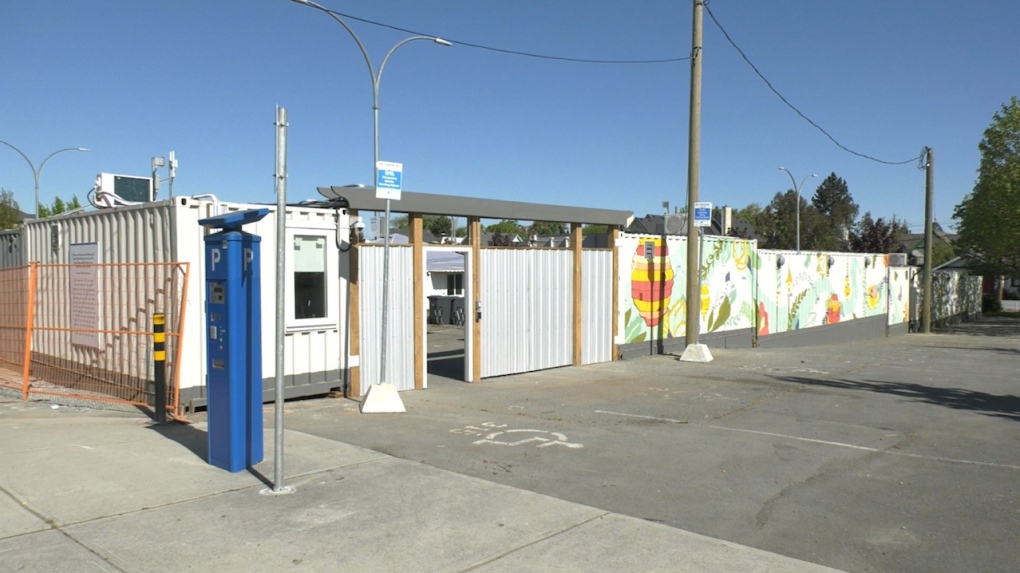 VICTORIA -- The Tiny Homes Village transitional housing project in Victoria has received its first round of residents on Friday.

The housing project in the North Park Neighbourhood across from Royal Athletic Park is built out of converted shipping containers and will house 30 people who have been living in parks during the pandemic.

The initiative was started by Aryze Developments last December and received huge community support through crowdfunding and from the Greater Victoria Coalition to End Homelessness, BC housing, and City of Victoria.

The site will be used for the next 18 months while the province builds other, more permanent housing in the region.

The Tiny Homes Village will be managed by Our Place Society and will be staffed 24/7 with at least two staff and one security guard.

Our Place says its first priorities are pretty clear.

For one person moving in today, the timing couldn't be better.

"It's very exciting actually, to be moving in," said Darren Heap.

"I was in the hospital before this and living on the street before that, so this is definitely like, 'Wow' to me," he said.

Heap, who works in the trades, says he ended up living on the street after too many difficulties piled up at one time.

"I hope that eventually I’ll get to be able to get on my feet again, living on social right now and hopefully get my business up and running," he said.

Carlow says the overall experience of working with all the agencies involved has been positive.

"All of these agencies have come together to create not just a place to stay, but somewhere people can grow and somewhere we can offer hope and belonging," she said.

Each tiny home measures 160-square-feet and includes a bed, small fridge, side table and armoire with towels.

The village also includes communal showers and washrooms, a common space, an office, storage space and planter boxes for vegetables.