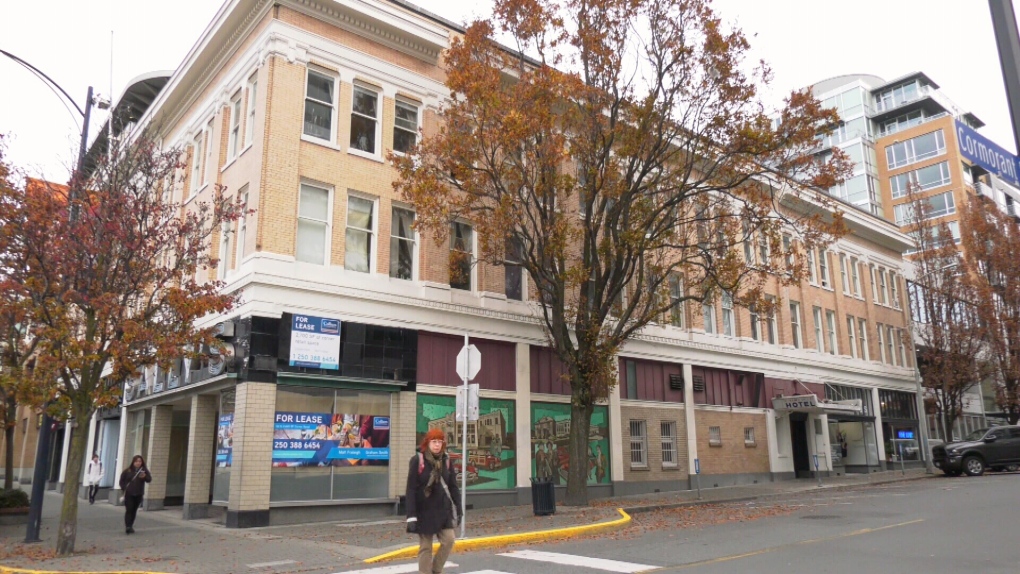 Affordable housing provider Pacifica Housing announced it was ending its lease at the old Fairfield Hotel building in Victoria in 2019, due to high costs. (CTV News)

VICTORIA -- Breaking into Victoria’s already expensive rental market continues to get more difficult, according to a new report.

According to the website, which breaks down thousands of active rental listings across Canada, the average cost of a one-bedroom apartment in the capital city last month was $1,590.

Victoria was only edged out by much larger centres like Toronto, Vancouver and Burnaby.

Victoria moved up two spots in the national rankings between December and January as it recorded a 5.3 per cent monthly increase in rental prices. That growth rate was the highest of any city in Canada .

Victoria rental rates for one-bedroom apartments have climbed 14.4 per cent since January 2019, according to PadMapper.

While Victorians shell out over $1,500 per month for a one-bedroom, PadMapper’s report shows the same size apartment in St. John’s, N.L. goes for around $820.

PadMapper bases its reports on all data available in the month prior to publication. Listings are aggregated on a monthly basis to calculate median rent for the 24 most populated areas in Canada.