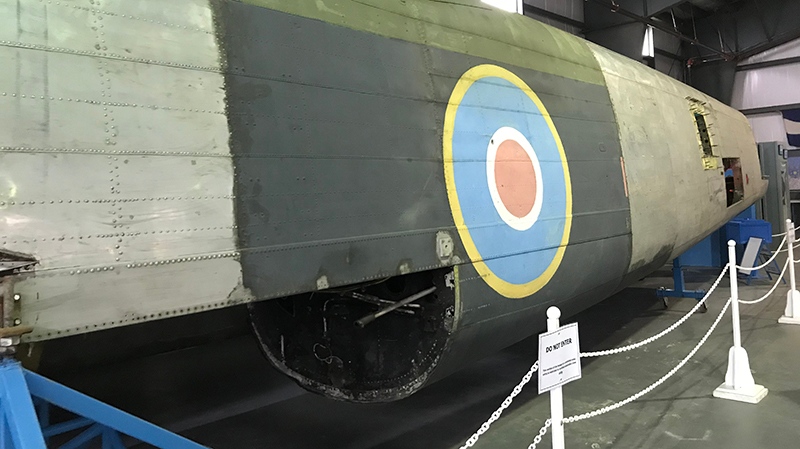 The BC Aviation Museum has taken on a daunting new challenge: Restoring a Second World War-era Lancaster bomber so it can soar once more. Jan. 10, 2019. (CTV Vancouver Island)

Restoring a 75-year-old airplane for display is one thing, getting it airworthy again is another.

"It’s a challenge, I guess we like a challenge," said John Lewis, President of the BC Aviation Museum.

Simply calling it "a challenge" is an understatement.

Restoring the Lancaster, which is nearly 70 feet long with a 102-foot wingspan is expected to cost upwards of $10 million and take 10 to 15 years to complete.

"Huge challenge, absolutely, almost beyond the scope of imagination," said Mike Ingram, who is helping oversee the volunteers doing the restoration.

As owner of Victoria Air Maintenance, an airplane repair and overhaul company, Ingram has had a hand in countless restorations, but never one this large.

"It is a big undertaking, but you know what, it’s not a complicated airplane, it’s just a big airplane," said Ingram.

Such an enterprise begs the question, why?

This particular Lancaster was one of only 430 built in Canada, it is one of just eight remaining, and is the only one in B.C. 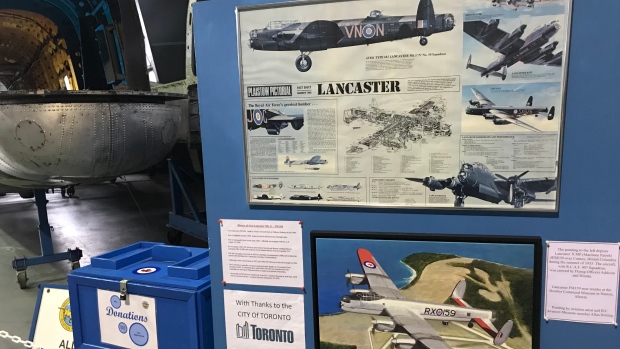 Although Lancasters are most famous as bombers during WW2, this particular plane, the FM104, was flown to Europe in 1945, but was put into reserve and sent back to Canada a few months later.

It was then converted into a maritime reconnaissance patrol and rescue aircraft and flew in Atlantic Canada.

After retirement the Lancaster was presented to the City of Toronto, where it was on display near Exhibition Place for decades.

At times it was even home to squatters, as graffiti scratched inside the nose can attest to, someone named John, writing "July 1970, about to be caught by the fuzz down below".

After more years in storage, the plane was shipped to Victoria last year.

"It came on five low loader transports. There are two 45-foot containers outside containing parts and then the fuselage on one load, the wings on another, the centre section on a third and the engines were in containers," explained Lewis.

Lewis said they are starting with the nose piece and going from there.

First, they photograph and inventory every single piece, then remove the pieces, inspect them, rebuild them, then they will start putting the giant jigsaw puzzle back together.

According to the Bomber Command Museum of Canada a Lancaster was made up of 55,000 separate parts, even if you considered engines and turrets as one, and that is not including small pieces, such as rivets and bolts.

To make the Lancaster flight worthy, every single part will need documentation.

"Every piece that goes onto the airplane has to be accounted for and you have to be able to trace that part right back to the original manufacturer so you have to have a chain of documents for every part," said Ingram.

But returning the Lancaster its former glory is more than worth it to members of the BC Aviation Museum.

Lewis said there are only two Lancasters in the world which can fly, one in the UK with the Royal Air Force, the other in Hamilton, Ont.

Despite the daunting task ahead, despite the time, money and complications, Lewis laughed off questions about whether it would all be worth it, with a question of his own.

"Who wouldn’t want a Lancaster?" 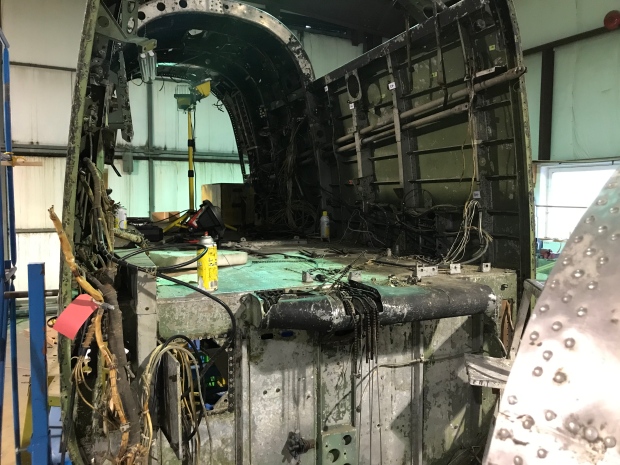