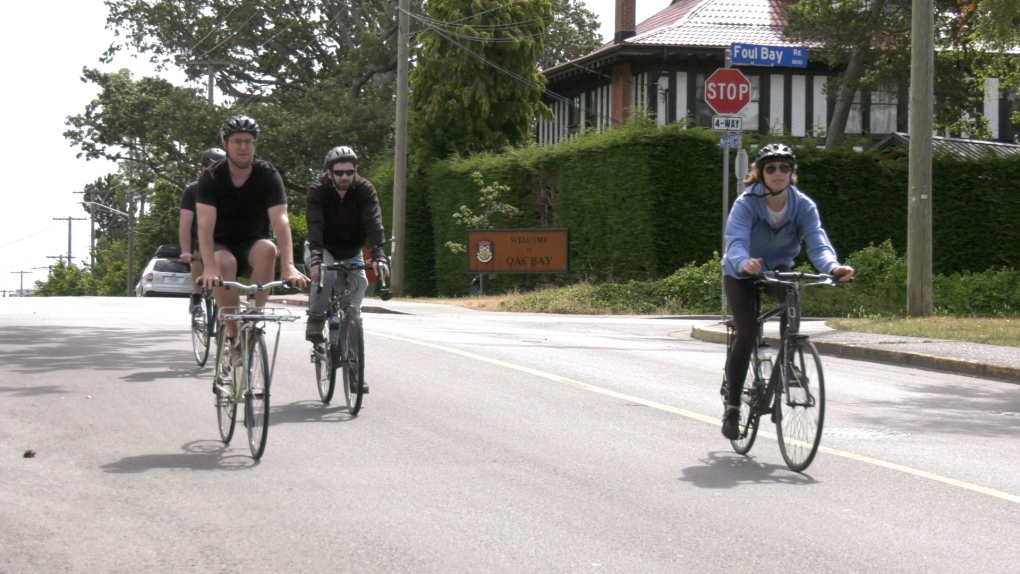 A new Victoria bike lane corridor that borders with Oak Bay is causing some concerns within the municipality: (CTV News)

VICTORIA -- A dispute between the City of Victoria and District of Oak Bay continues as Victoria has committed to expanding its bike lane network, despite concerns from Oak Bay’s mayor and MLA.

Earlier this month, Victoria greenlit the construction of four more bike lane corridors, including one on Richardson Street between Vancouver Street and Foul Bay Road.

“I am writing to you to express my profound concern regarding your proposed forthcoming developments for Richardson Street at the Foul Bay junction,” said Weaver in a letter to Victoria council on Monday.

“Richardson Road is one of only two main roads that connect south Oak Bay (where a substantial number of civil servants live) and downtown Victoria,” wrote Weaver.

“I am not sure what, if any, regional traffic flow modelling your council has done on the proposed closure of this intersection,” he said.

Murdoch told CTV News on July 7 that while the location of the bike lane did make sense, he was disappointed that little to no consultation took place between the two municipalities.

“The fact that the final design that came forward was blocking off… all Oak Bay traffic at the border was a surprise for us,” said Murdoch.

“That design has a significant impact on our community, and so we’d like the chance to have a discussion with them,” he said.

Since then, the City of Victoria says that it has had ample consultation with Oak Bay staff and community members while this phase of the bike network was being planned last year.

With the bike lane development phase now completed and approved, Victoria says that it will continue to direct staff to make the Richardson Street corridor ready for tender by late 2020, along with the other three approved designs.

In a tweet Monday, Murdoch thanked Weaver for weighing in on the subject. He said that increased consultation between the two municipalities would be best for the neighbouring communities, and stressed that while a bike lane network was a priority for Oak Bay, “that doesn’t automatically mean cars can’t coexist.”