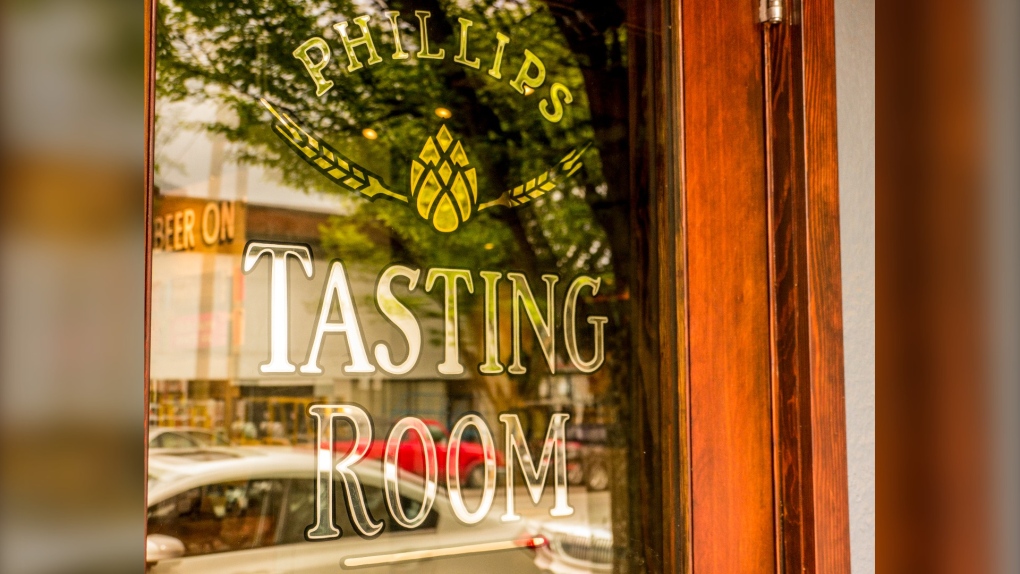 The door to the tasting room at Phillips Brewing and Malting Co. is seen in this image from the brewery's website.

Their creation and winner, Glitter Bomb Hazy Pale Ale, is described as refreshing with lots of great hoppy character, without being too bitter.

“You know, we are always tweaking these recipes as we go,” says Fowler. “We have a pretty good vision of how we want to make the beer going in; and certainly, you know, the beer tells us how it wants to be. We want to fine tune it as we go, but yeah, we are really, really, really pumped with how this recipe turned out. “

Fowler says brewery staff were pleasantly surprised by the top honour and are grateful for the recognition.

The brewery has had other beers recognized in the past and has developed a strong following from beer lovers.